"Avengers: Endgame" is the story of the year, within striking distance of "Avatar's" mark as the top-grossing movie worldwide of all time. "Aladdin" has flown high as well, bearing down on $300 million in North American ticket sales.In terms of Disney's dominance, though, that's the tip of the magic-carpet ride. The next several weeks promise to bring Mousketeers more good news, with big returns for "Toy Story 4" this weekend and more anticipated for "The Lion King," which premieres on July 19.Sony, meanwhile, will actually release "Spider-Man: Far From Home," but it's produced by Disney-owned Marvel Studios, and is projected to provide a different kind of fireworks through the Fourth of July weekend.After that, the summer tale of the tape isn't particularly pretty, with an array of underperforming sequels, including "Godzilla: King of the Monsters" and "Shaft" (Warner Bros.), "Men in Black: International" (Sony), "The Secret Life of Pets 2" (Universal), and the latest "X-Men" movie, "Dark Phoenix." That last title comes from 20th Century Fox, which became part of Disney in an acquisition earlier this year.Pundits and prognosticators have offered a variety of theories to explain why Disney is bucking this year's trend, with overall box office down by 8% from 2018, and what that means for the broader health of the movie business. 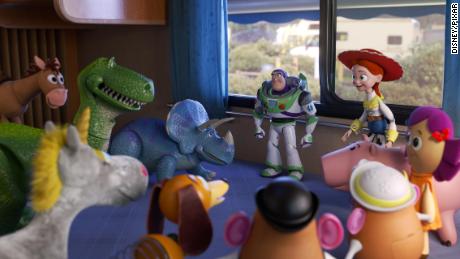 Cited factors include "franchise fatigue" — that is, simply too many sequels for the audience to absorb — the popularity of streaming services and the mediocrity of some of the films.It is, most likely, a combination of factors, not the least among them that Disney — through a shrewd series of acquisitions — has put together the most formidable stable of properties in the industry, including Marvel, Pixar and Lucasfilm, which will put a cherry on top of the year with "Star Wars: The Rise of Skywalker" finishing the latest trilogy in December.Less clear is what Disney's overwhelming presence means for the industry at large, including theaters, as well as for consumers.According to Boxofficemojo.com, Disney currently accRead More – Source

Nick Cordero, Broadway actor, dies at 41 after battle with Covid-19

Crap artists rejoice! MS Paint is getting a last-minute reprieve

Bye-kea: Company is closing its one US factory

admin - February 10, 2018
0
His death was announced Friday night by David Simon, the creator of "The Wire," who paid tribute to ..

But it was actually Novichok — a Soviet-era nerve agent