Home Style Bret Easton Ellis interview: an audience with the most hated writer in... 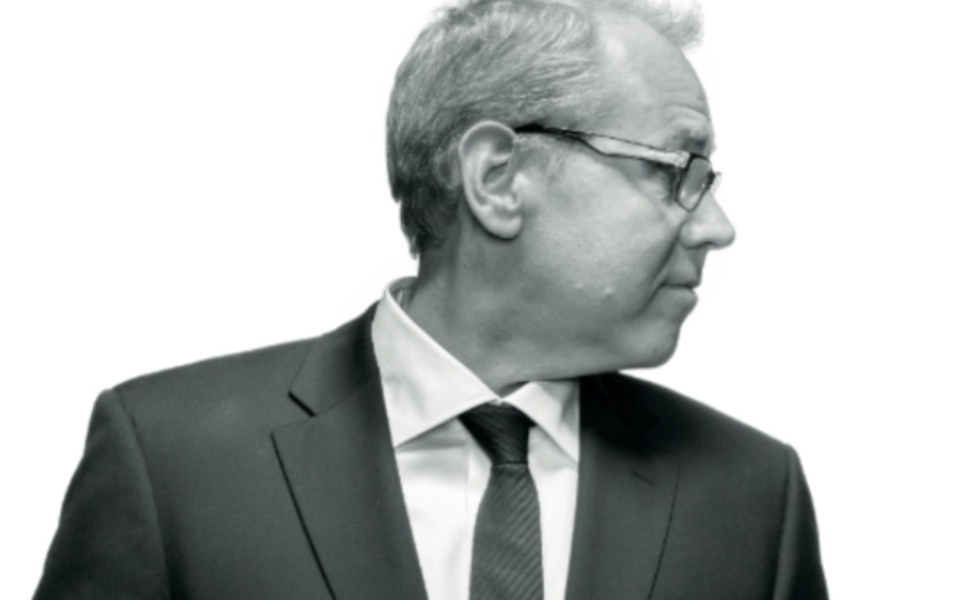 Bret Easton Ellis is concerned about the noise. Were sitting in the lounge of a fancy hotel, and hes worried my tape recorder wont pick him up. “We can find another if youd like. Tell me what you want to do.” Its hard to reconcile his graciousness with his reputation as the one-time enfant terrible of American literature, or his current status as the boogeyman of the US broadsheets.

Our interview comes at the midpoint of an international tour, one that he forlornly tells me “will never stop”; after the UK, he will shuffle off to Germany, the Netherlands, and then on to God knows where. The tours purpose is to sell his new book, White, a meandering collection of essays about our current cultural moment. The content of White will not be a surprise to anyone who has followed Ellis on Twitter over the past couple of years, where he has staked out a position on the frontline of a new culture war. Whites targets are typical of a particular corner of the internet populated largely by angry white men: safe-spaces and identity politics; the essential snowflakiness of millennials (who he has labelled Generation Wuss); feminism and what he sees as the excesses of the #MeToo movement. It has garnered a good deal of controversy, unsurprisingly, given that even the title is a minor provocation. His promotional tour has also resulted in a few memorable conflagrations, most notably an interview with the New Yorker that went viral, largely because of what was widely thought to be Ellis total destruction at the hands of the interviewer (sample headline: “This Bret Easton Ellis interview is brutal”).

Its a little charitable to call White a collection of essays; in reality, its closer to a series of blog posts, or a bunch of angry rants cribbed from the discussion section of a mid-noughties Warhammer messageboard. Over its 250-odd pages, Ellis inveighs against Moonlight, against Madonna, against Michelle Obama and the New York Times; against anything he deems guilty of what he terms “corporate wokeness”. If the book has a thesis, its that we have all become hysterical, and that everyone needs to “pull on their big boy pants, have a stiff drink at the bar,” and calm the fuck down.

Parts of White are very interesting, particularly when he is holding court on movies, about which he is knowledgeable and forthright (he has written three films, The Canyons, The Informers and The Curse of Downers Grove, none of which have been particularly well-received). Some of his criticism is perfectly legitimate, and even the most fragile snowflake will find something agreeable in his railing against the toothless corporate liberalism of contemporary Hollywood. It is, for instance, deeply dumb and hypocritical that bad Twitter jokes saw Ellis disinvited from a LGBTQ dinner that had Bill Clinton, the man who passed the Defence of Marriage Act, as its keynote speaker.

But at other times White is a troubling book, and at others a boring one. During certain segments, I could understand the monstering it has received in the literary press. For one thing, it feels profoundly under-edited, and there are whole sections that mightve been scythed through by a more ruthless publishing house. To illustrate: he includes a series of useless anecdotes about hanging out with celebrities, one of which begins, “In the late 1980s, when Tom Cruise and I lived in the same building in downtown New York,” and doesnt get any more compelling from there.

It all feels a far cry from the Ellis of yore. When he was just 21, still an undergrad at Bennington College, he published Less Than Zero, a semi-autobiographical novel about the aimless, anhedonic lives of a bunch of very rich and very messed up Los Angeles teenagers. It was a surprise hit, and overnight Ellis became both a literary wunderkind and a generational mouthpiece, enrapturing 80s teenagers with his depiction of Gen-X disaffection. In 1991, at the tender age of 26, he wrote American Psycho, still seen by many as the seminal satire of the vapidity and materialism of Wall Street. But after the millennium his literary output began to stall, and in the past ten years it has dried up entirely – his most recent novel, 2010s Imperial Bedrooms, received mixed reviews, and Ellis has demurred on the question of whether he will ever again write fiction.

Given all this, I had expected to meet a crabby old man, embittered by the changing generational winds that had seen his too-cool-for-school Gen-X nihilism shunted out of the cultural ascendancy by millennial activism. Plus, I myself am a card-carrying millennial, with two separate food intolerances to prove it. But in person Ellis is something different – warm, courteous, and often incredibly funny. Curiously for a man who has just written a very shouty book – and somewhat infuriatingly for an interviewer looking for a snappy subhead – he is also coy to the point of diffident, endlessly caveating his opinions with umms, wells and actuallys. For instance, the backlash to Trump, which he describes in White as “shrill”, “hysterical”, and “knee-jerk, over-emotional lashing out”, is assessed in these terms: “Maybe people are right. Maybe Trump is completely fucking evil.” When I ask him whether a culture of rampant censorship is prohibiting honest political discussion, he simply demurs: “I dont know. What do you think?” And on millennials, whose generational pathetitude is the organising principle of his book (and his Twitter account), he is positively affable. “Im very sympathetic to millennials. How could I not be? I live with one 24/7”, he says (Ellis boyfriend, Todd Michael Schultz, is a musician in his early thirties). “People forget that Im someone who has written very critically of my own generation, of their materialism and their shallowness.”

When he does criticise, his criticisms are undergirded by a world-weary conservatism, not the ambient seethe that characterises White. “I do wish they [millennials] werent so concerned with… utopias, dare I say. Because youre bound to be constantly disappointed. My boyfriend is constantly disappointed by things not working out. He wants the world to be a fair place – the world isnt a fair place! Were all going to get old, were all going to die”.

Perhaps this is all a guise – as many have pointed out, for a book about how we all need to calm down, White is a very angry piece of writing. Insisting over and over that you dont give a crap about what anyone says – that you are, in fact, laughing – seems like a textbook case of a writer telling on himself, especially given that Ellis is prone to periodic eruptions of rage. “Ive grown entirely comfortable in being liked and disliked, adored and despised,” he writes in White; to which the obvious response is why write a book about it, then?

And yet his posturing indifference in print is matched by the nonchalance with which he carries himself in person. I expected him to be embarrassed by that interview in the New Yorker, or angry at being the subject of a well-executed hit piece, but he remains sanguine. “I knew what was happening two minutes in, maybe I shouldve hung up. But I thought I could win and I decided to fight it. But I started flailing. I think if I sat down with him and we spoke face to face itd have been a much different situation.”

Does he feel inured to criticism now? “Listen, Ive been doing this for 35 years. Bad reviews are not new. When Less Than Zero came out, there were op-eds saying that its the end of literature when a house like Simon & Schuster publishes this book. And Ive often said that if there were a Rotten Tomatoes of books, American Psycho wouldve gotten zero per cent. There were no good reviews of that book; I was getting death threats because of it.”

admin - July 1, 2019
0
Tired and weary but far less mud-encrusted than usual thanks to a weekend of sunshine, Glastonbury f..

Germanys Altmaier taken to hospital after fall at digital conference

admin - May 4, 2018
0
The former home of actress Julie Andrews is on sale in one of the most exclusive squares in Belgravi..