LONDON — Donald Trumps decision to “choke off the supply” of U.S. components to Huawei will influence the U.K. decision about whether to allow the Chinese telecoms supplier into its 5G network, Britains culture secretary said.

Jeremy Wright told POLITICO that the U.S. Commerce Departments decision in May to add Huawei and 68 affiliates to its so-called entity list is “going to have an influence on whether we think Huawei equipment is good to use or not, regardless of any security concerns.”

The entity list requires U.S. companies to obtain licenses for export transactions with the Chinese firm. In most cases, the Commerce Department maintains a general policy of denying applications for licenses to export to companies on the entity list.

Senior U.K. ministers are currently deciding whether to allow Huawei to be involved in the building of Britains new 5G networks. The issue became a hot political topic after details of a discussion at a private security council meeting in April, where senior ministers had been discussing a draft of the Department for Digital, Culture, Media and Sports telecoms supply chain review that included recommendations about the security of the network, were leaked to the media.

The Daily Telegraph reported that outgoing Prime Minister Theresa May was poised to allow Huawei involvement in the network, but limit its equipment to non-core parts of the network. 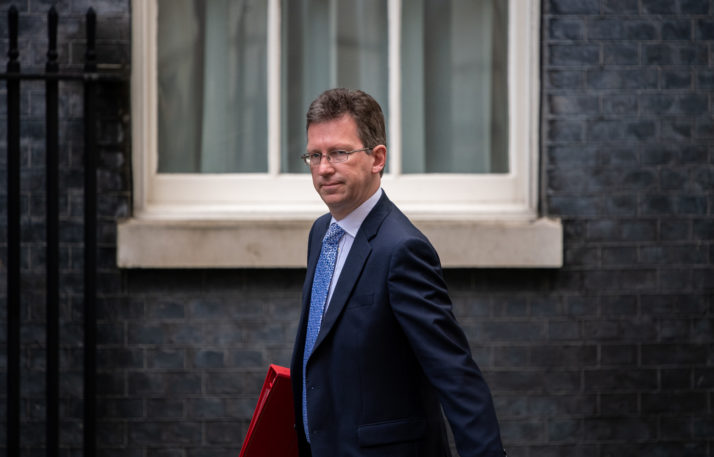 Jeremy Wright said U.S. decision to add Huawei to its entity list was “going to have an influence on whether we think Huawei equipment is good to use or not, regardless of any security concerns” | Chris J Ratcliffe/Getty Images

The U.S., which has banned Huawei from its government networks, has been putting pressure on other partners in the Five Eyes intelligence alliance — the U.K., Australia, New Zealand and Canada — to follow its lead.

Trumps Secretary of State Mike Pompeo last month warned British ministers that if the U.K. decided to allow Huawei to roll out 5G, it “will impede the U.S.s ability to share certain information within trusted networks.” Trump seemed to back off that stance during a state visit to the U.K. last week, saying that his country wouldnt limit intelligence-sharing with the United Kingdom and predicting Washington would come to an understanding with Britain over Huaweis involvement in 5G networks.

Ministers have insisted the U.K. will make its own security decision about Huaweis involvemeRead More – Source

Background Checks Are Required To Buy Ammunition In California

Cardi B thanks fans as she achieves childhood dream and buys her mother a...

Circumstances around Jeffrey Epstein’s death are almost beyond belief

‘Cops were being killed’: Trump says police thank him for Obama-blocked...