Albert Malcos, 98, entered the military in 1942 and was a staff sergeant in the U.S. Army Air Corps. He flew two combat missions in a B-17 Flying Fortress bomber before his plane was shot down over German territory. He bailed out and was captured and held as a prisoner of war for 15 months. During his time in the prison camp some of the medals were given out and he told CNN affiliate KNXV that they may have just overlooked him. 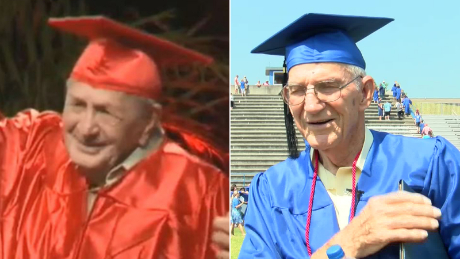 Some of Malcos' family members reached out to the office of Arizona Sen. Kyrsten Sinema for help. On May 29, Sinema, whose grandfather was a World War II veteran, gave Malcos the six medals he was awarded, including the Bronze Star. The Bronze Star is the US military's fourth highest military decoration for valor and is given for heroic or meritorious achievement in a combat zone."They did what their country asked them to do, without thinking of their own sacrifice and without thinking of themselves as being heroes," Sinema told KNXV. 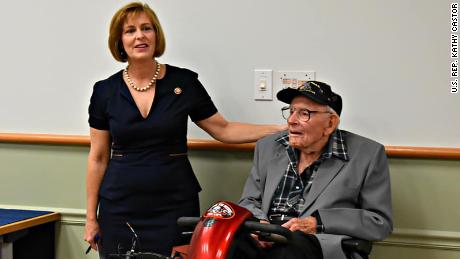 Raymond Loring Chambers, 93, of Tampa, Florida, served in the US Navy from 1943 to 1946. Attached to the 5th Marine Division, he participated in the invasion of Iwo Jima, one of the Pacific Theater's bloodiest battles. Chambers was wounded in the leg but was declared uninjured. It wasn't until 60 years later that doctors found shrapnel in his leg.On May 24, Florida Rep. Kathy Castor awarded Chambers four service medals: An Asiatic Pacific Campaign Medal with two bronze stars representing two campaigns Chambers served in, the American Campaign MedaRead More – Source

David Beckham isnt actually going into space so we can all...

admin - December 21, 2018
0
David is keeping his feet on the ground (Picture: WireImage, Getty) David Beckham may have previousl..