Her body lay in a casket with a bejeweled crown atop her head that matched her glitter eye shadow and dress bodice. From the pulpit, loved ones spoke of how she refused to be anyone except who she was, no matter the price.Booker's death drew national attention to the pattern of deadly violence against transgender individuals, especially women of color. In five weeks, she went from a symbol of transgender resistance — catapulted into the national spotlight after a viral video showed her fighting back against a mob beating — to a martyr. The circumstances of her death are tragically familiar — but those who've been in the fight for a long time say there's something different this time about the wider world's reaction."It's commonplace for trans women to be assaulted or murdered, but we don't tend to get this kind of attention from law enforcement or the bigger community," said Kirk Myers, CEO of Abounding Prosperity, the sole LGBTQ community center that serves South Dallas' African American community.Activists point to the outpouring of support from elected officials and the public as signs of progress. The Mayor of Dallas, the Texas House of Representatives and State Senator Royce West contributed statements and proclamations that were read aloud at her funeral. 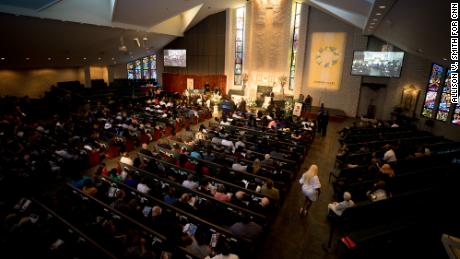 But their optimism is tempered by their desire for something more tangible than public sentiment. They say they need laws and policies that will protect transgender people from discrimination and violence, and what they're seeing from both the Trump administration and statehouses — including Texas — worries them."What we need is follow-through," said Carter Brown, founder of the Dallas-based advocacy group, Black Transmen. "What we need is action behind those words. We need people to stand up and help protect us because we're still dying."

A beloved figure who became a powerful symbol

Booker was already well known in South Dallas, the city's historically black enclave, where she was born and raised and was ultimately shot dead on May 19. No arrests have been made in her death, and police say there is no evidence linking it to her assault on April 12.Her death highlighted the divide between South Dallas, where the city's black transgender community is concentrated, and the predominantly white gayborhood of Oak Lawn, where Booker's funeral was held at Cathedral of Hope in order to accommodate the large crowds. The two neighborhoods are just miles away from each other, but worlds apart. A short drive on I-40 leads from South Dallas' boarded-up storefronts to Oak Lawn's gleaming multipurpose developments and businesses bedecked in rainbow flags. 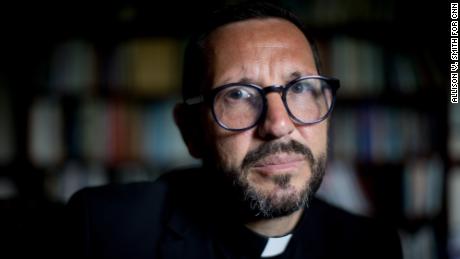 Cathedral of Hope's senior pastor, Reverend Dr. Neil G. Cazares-Thomas, hopes that Booker's death is an opportunity to bring people together and find common ground."Dallas is a tale of two cities," he said. "Having Mulhaysia Booker's funeral here is another statement to our community and certainly to communities of faith that we must stand for transgender bodies." 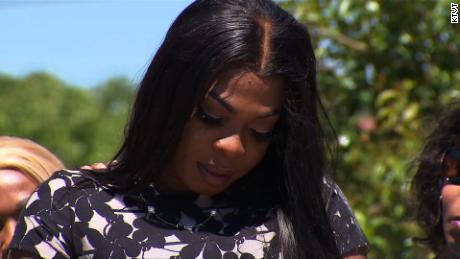 Mourners came from New Orleans and Washington to honor a woman they had never met but nonetheless considered a sister. Transgender women of color everywhere saw themselves in Booker, knowing it could have just as easily been them."We're not as visible as we need to be. We need to show up for each other and show that we exist," said transgender advocate Tiara Gendi, sporting a T-shirt that read "Silence is Violence." Many knew Booker from social media, where she had found an outlet for her voice while she was transitioning, said Robyn Crowe, who first met Booker when she was a teenager and took her under her wing as one of her "grandbabies."Booker inspired others to be themselves, even as she was just coming into her own at 22 years old. She frequently went live on Facebook for "story time," to address the highs and lows of life in the community. 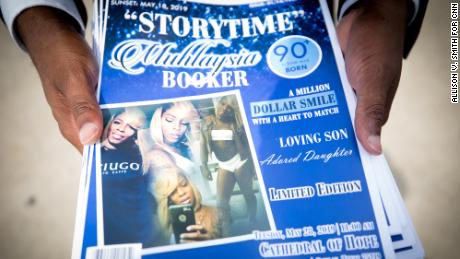 "She would use her platform to tell the story of everything that everybody went through. She would take the good with the bad, and she showed her pain, anger and everything else," she said. "She was courageous."

She fought back and spoke up

Crowe sees Booker's bravery on display in the assault footage. In South Dallas, to show weakness is to admit defeat, especially as a transgender woman, Crowe said. Had she not fought back, she might have been killed that day.Booker's social media status amplified the video of her assault and further raised her profile, driving hate speech toward her.After the attack, Abounding Prosperity provided a safe house for her and organized a rally, where Booker delivered an impassioned speech calling attention to the epidemic of violence against transgender people. It was another viral moment that elevated her from internet celebrity to resistance fighter.Transgender rights activist Monica Roberts invoked Booker's name at a legislative hearing as an example of why Texas should expand its hate crime act to protect transgender people. The bill failed to pass this legislative session. 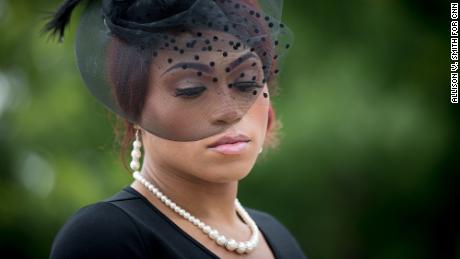 Some close to Booker say she reluctantly took on the role, even though she was scared, because she felt she had no choice. And they fear that her braveRead More – Source

A Bicyclist Got Eaten By A Cougar This Weekend. Here Are The Wild Details

admin - March 23, 2019
0
Facebook has a friend in Ireland — especially when it comes to European privacy rules. In diplomati..

Prosecutors Consider Michael Flynn A Witness, Not A Co-Conspirator, At Ex-Business...

Flash floods are sweeping through areas burned by California wildfires

admin - May 10, 2020
0
The settlement covers 12 lawsuits related to Dr. Richard Strauss, who is believed to have sexually a..