Of course, if any red carpet was going to be packed with stars it would be the climax for a cinematic universe comprising dozens of characters and 21 films worth of build up. Among the attendees, in no particular order: Robert Downey Jr.; Chris Evans; Mark Ruffalo; Scarlett Johansson and "SNL" performer Colin Jost; Matt Damon; Chris Pratt and fianceé Katherine Schwarzenegger; Chris Hemsworth; Miley Cyrus and Liam Hemsworth; Bradley Cooper; Brie Larson; Danai Gurira; Gwyneth Paltrow; Evangeline Lilly; actor and director Jon Favreau; Natalie Portman…[Takes a deep breath.]…Thandie Newton; Josh Brolin; Cobie Smulders and Taran Killam; Don Cheadle; Sebastian Stan; Paul Rudd; Tessa Thompson; Jeremy Renner; Benedict Cumberbatch; Letitia Wright; Vin Diesel; Pom Klementieff; Karen Gillan; Laurence Fishburne; Linda Cardellini; Elizabeth Olsen; and Anthony Mackie.The movie will mark the final appearance in the Marvel world for some characters and actors, while others are just getting started. (We're looking at you, Black Panther and Captain Marvel.) Our guess is as good as yours who will fall into each column by film's end, but answers are just days away. 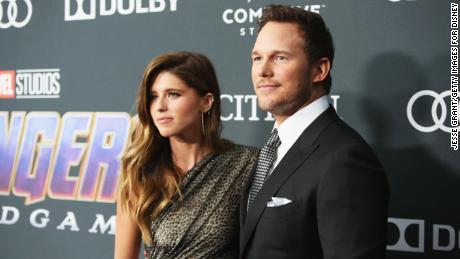 The film's directors are hoping the details of the conclusion stay sealed until opening day — and even a little later than that. Last week, Anthony and Joseph Russo wrote an open letter to Marvel fans, asking them to keep the film's secrets until more people get a chance to see the movie. Read More – Source

He used the N-word on a conference call

Why May loyalist James Brokenshire is a safe choice for housing...

Let’s give Cardi B a minute

admin - December 6, 2018
0
Cardi shot to the top of Twitter trends Wednesday after she announced her split from husband and fel..