For most of the past decade "Game of Thrones" has awed viewers with its bold plotlines and political intrigue. But its fantasy world is not as mythical as it seems, and some of its most pivotal moments are rooted in history. Author George R.R. Martin often draws from the historical record, and there are a plethora of historical parallels in his "Song of Ice and Fire" series upon which the HBO series is based. The Dothraki's fearsome bloodriders mirror the indomitable force of Genghis Khan's cavalry. And the shocking Red Wedding was practically torn from the pages of Scottish history as it was based on the Glencoe massacre of 1692, in which Archibald Campbell's soldiers slaughtered members of the McDonald clan amid a bitter blood feud.Feuding is rampant in "Game of Thrones" and likely inspired in part by the Wars of the Roses in 15th-century England between the Lancasters and the Yorks — and the feuding in Scotland, which was far more prevalent. Blood feuding, both in Scotland and in Westeros, evokes images of bloodthirsty men of the aristocracy, eager to exact retribution for slain family members. However, for every Rob Stark we have a Catelyn Stark, who took it upon herself to avenge her dead husband. So what does history tell us about these bold women?Historian Keith Brown, Dean of Humanities at the University of Manchester, notes that the women of early Scottish history were seen as "soft targets" in the eyes of acquisitive neighbors — or sometimes their own family — and their "best defense lay in marriage." Yet these women could also wield power to avenge their families, not unlike Cersei Lannister, Margaery Tyrell and Sansa Stark. 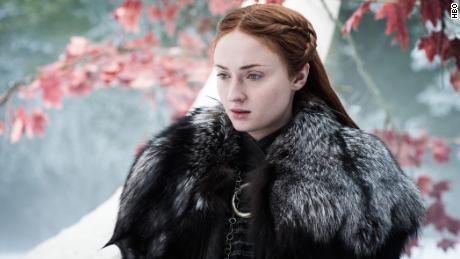 Dame Janet Scott was certainly not a "soft target" during the vicious Scott-Kerr feud of the 1500s. She had a reason to resent the Kerr clan, just as Catelyn Stark hated the Lannisters or Daenerys Targaryen loathed Robert Baratheon. Her grandfather was stabbed to death in Edinburgh by a group of Kerrs in 1548 and her father was murdered that same year. Her mother was killed when the Kerrs locked her inside a tower and set it aflame. 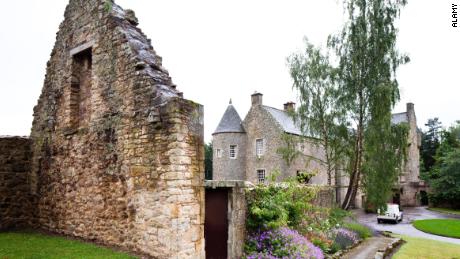 Just as Sansa Stark remembers how Joffrey slaughtered her father, Janet Scott would never forget that the Kerrs were responsible for murdering her family. When Dame Janet grew older and became responsible for her frequently exiled husband's lands, she acted on this burning resentment by using the Scottish courts to harass a powerful lord named Robert Kerr.Scott obtained letters ordering Kerr to deliver crops to her. If he failed to respond, she threatened to "put him to the horn," meaning Kerr would be declared an outlaw and potentially be banished. It was a brave step considering that Kerr once reportedly killed four men to avenge the theft of a sheepdog.This same feminine contempt for powerful men is seen in "Game of Thrones" when Sansa Stark taunts Ramsay Bolton before the Battle of the Bastards. Her words to him — "You're going to die today, Lord Bolton. Sleep well" — certainly mirror Janet Scott's attitude towards Robert Kerr. He came from a family that had taken so much from her, and she was not afraid to strike back. 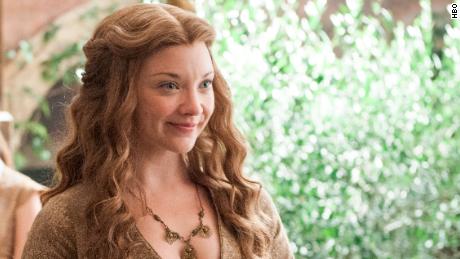 Henrietta Stewart is another example of how historical women could be active participants in a blood feud. Her masterful manipulation of Scottish court politics rivals only "Game of Thrones'" Margaery Tyrell and the queen of thorns, Lady Olenna. Margaery knew how to use her charisma to advance her family's interests. For example, she frequently told Sansa Stark how happy she would be in Highgarden if she married Loras Tyrell. Although the union never happened, Margaery nearly succeeded in securing the north for the Tyrells.In 16th-century Scotland, Henrietta Stewart used similar tactics during a blood feud between her family and the Gordons. 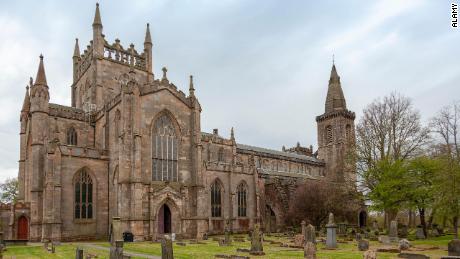 Stewart's masterful politicking reached its height after a scuffle between her husband, George Gordon, and James Stewart (who, despite his name, was from a different family). In December 1590, things became heated when Gordon and James Stewart were both in Edinburgh, surrounded by considerable retinues and on the brink of violence.Henrietta Stewart used her charm, and her friendship with Queen Anne of Denmark, to persuade King James VI of Scotland to broker an agreement between the two parties, forcing the two noblemen to remain in the city. This stalemate spared the Gordons' lands from attack and gave her family a tactical advantage.It's clear evidence of how a woman can take a proactive role during a feud. MargaerRead More – Source

Aishwarya Rai Bachchan and daughter have tested positive for coronavirus

Married for 50 years and counting

Love Islands Zara Holland speaks out after Sophie Gradons death and claims to be...

admin - August 16, 2018
0
Enlarge / An artist's approximation of what Diablo III: Eternal Collection may look like when i..

Scientists Find Out What Staring At A Smartphone Does To A...

Spain protesters: ‘It is not abuse, it is rape’

Deep Space Nine: The Trek spinoff that saved the day by...

Ezra Miller wins Comic-Con after turning up dressed as Toadette

admin - July 22, 2018
0
We must protect Ezra at all costs (Pictures: Getty/Nintendo) Ezra Miller may have won the cosplay wa..