The critically acclaimed show, which just wrapped its sixth and final season, stars real-life couple Keri Russell and Matthew Rhys.But Rhys lost the award for best actor in a TV series to Richard Madden, who won for his role as a British security officer in the BBC political thriller "Bodyguard."The Globes honor the year's best in movies and TV and are voted on by the 90 or so members of the Hollywood Foreign Press Association, whose choices are often quirkier than those of the Academy of Motion Picture Arts and Sciences. But the frisky and often unpredictable awards show can offer clues to which actors and films will be honored at the Oscars.Follow our live updates here.The hosts, Sandra Oh and Andy Samberg, mostly avoided politics in their opening comments. There was no mention of President Trump or the government shutdown, although the pair made jokes about identity politics and cultural appropriation. They also alluded to the (as of now) host-less Academy Awards, joking about holding a contest in which "one lucky audience member will host the Oscars."As the first awards show of the year, the Globes have an outsized influence on Academy Award predictions — voting on Oscar nominees begins Monday — while offering the season's first glimpse at stars' red-carpet looks. The Golden Globes are where Oprah Winfrey gave a rousing speech last year that sparked speculation she was running for president. And where Meryl Streep, the year before that, criticized then-President-elect Donald Trump for mocking a disabled reporter. (Jeff Bridges, this year's Cecil B. DeMille Award recipient, will likely be less outspoken.)So will Bradley Cooper, Lady Gaga and "A Star Is Born" cement their status as Oscar front-runners? Can "Black Panther," "BlacKkKlansman," "Mary Poppins Returns" or "Crazy Rich Asians" pull a surprise?Or will everyone be talking Monday about some tipsy political rant or other wacko unscripted moment?

The Globes always split the best-picture nominees into two categories: drama and musical/comedy. That made for some head-scratching this year when two movies about music, "A Star is Born" and "Bohemian Rhapsody," were nominated as dramas. Rounding out the category are three very different films about the black experience: "Black Panther," "BlacKkKlansman," and "If Beale Street Could Talk." Bradley Cooper's "Star Is Born" remake — a critical and commercial smash — is seen as the favorite.The race in the comedy category is more wide open. "Vice," the Dick Cheney biopic, leads all films with six nominations but has polarized critics. "The Favourite," an irreverent tale of palace intrigue in 18th-century England, has won rave reviews but may be too strange for Globe voters. "Crazy Rich Asians" and the Mary Poppins sequel could be seen as too lightweight.That leaves "Green Book," the inspirational story about a budding friendship between an elegant African-American pianist and his white, working-class driver in the early 1960s, as another strong contender.In the acting categories, Lady Gaga is favored for her role as an aspiring singer-songwriter in "A Star Is Born," while Rami Malek won raves for his full-throttle performance as Queen's Freddie Mercury in "Bohemian Rhapsody."

The best-drama category looks to be a three-way race between acclaimed Russian spy saga "The Americans," which just wrapped its final season; "Homecoming," the new Julia Roberts show about a counselor at a mysterious treatment center for returning veterans; and "Killing Eve," about the treacherous rivalry between two dangerous women, a British intelligence officer and an assassin. 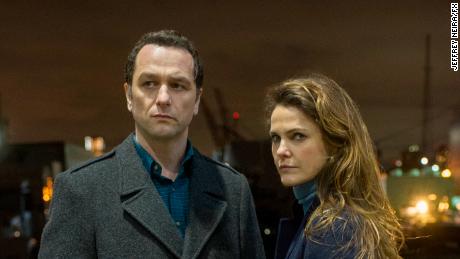 A win for "Eve" could be interesting given that Sandra Oh, the Globes co-host, is one of the series' stars.Over on the comedy side, last year's winner, "The Marvelous Mrs. Maisel," faces challenges from "Barry," the Bill Hader show about a jaded hit man who finds new life as an aspiring actor, and "The Good Place," NBC's brainy hit about a woman grappling with the afterlife."The Assassination of Gianni Versace: American Crime Story," which leads the television categories with four nominations, is probably a lock for best TV movie/limited series, although HBO's twisted "Sharp Objects" has a shot.

Bitcoin dips below $10,000 for first time since December

Four new Harry Potter e-books to be released in June

‘Grease Sing-A-Long’ is the word

US and UK blame Russia for attacks on internet traffic controls

Music ‘just as effective’ as drugs for calming nerves before surgery

Kill La Kill The Game: IF Review In Progress – Partial...