Graham joined Brian Kilmeade on Fox News radio to discuss the incoming senators op-ed and Graham did not hold back. When asked about the wisdom of Romney publishing such a piece so early into his time in Washington, Graham said bluntly, “Well, how does it work to the advantage of the people of Utah?”

Graham advised Romney that Trump is “the easiest guy in Washington to get a hold of.”

He really cares about what you think and what more can you ask if youre a member of the United States Senate than have a chance to talk with the president and share your views. That will not happen if he believes you are out to get him. So Im hoping that Mitt will sit down with the president privately, share his concerns with the president about whatever drives his thinking but also commit to the president that I want you to be successful and Im here to help you. If he will do that he can be a very effective senator. If hes going to be the critic from Utah, its going to hurt him and Utah.

“Trump is not short of critics,” Graham went on to say. “What hes short of is people who will sit down with him and tell him the truth as they see it and help him make good decisions. He is our president. I will support him in 2020.” 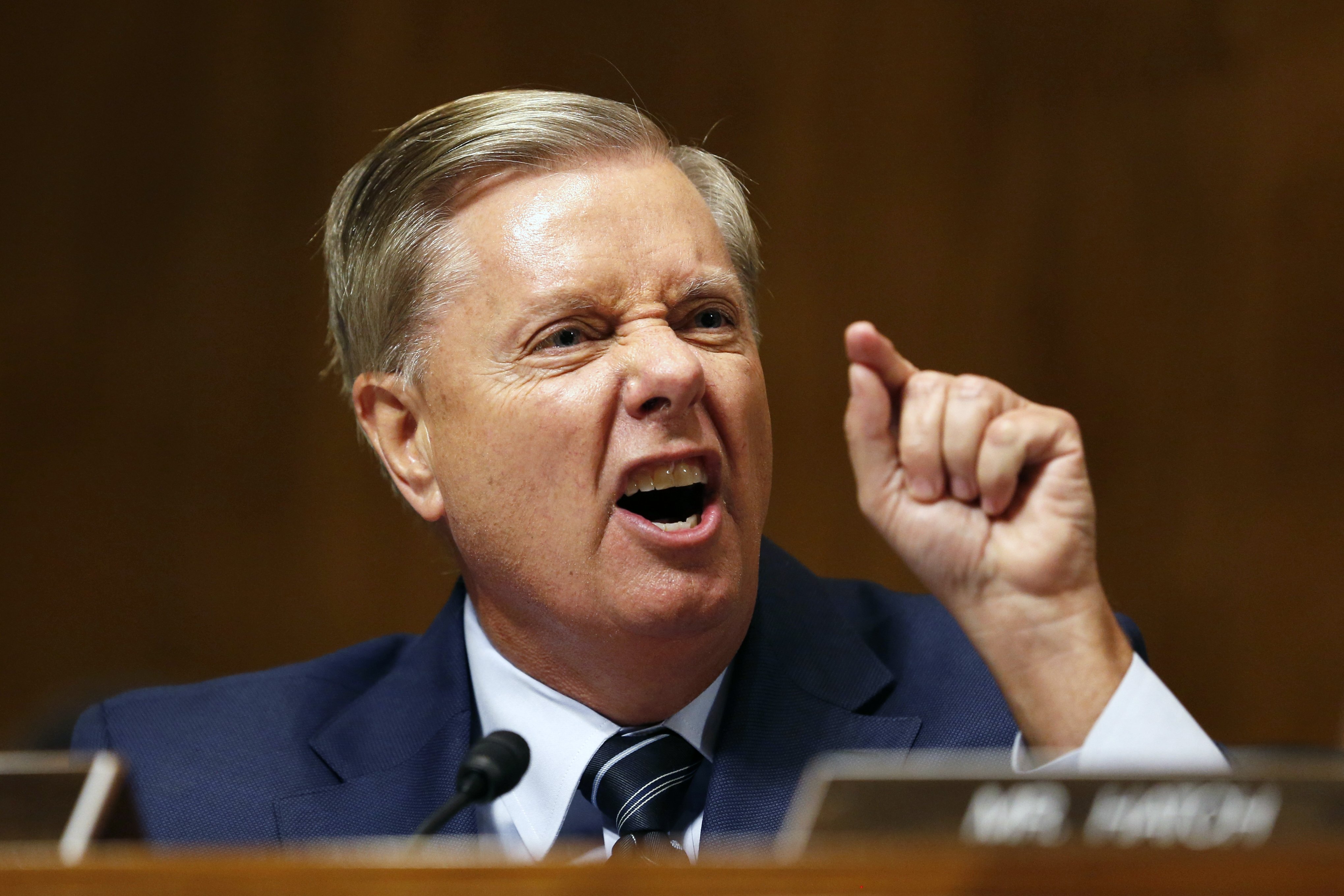 Graham concluded by issuing a dire warning to Romney about the fleeting praise of the media and urged him to learn from what happened to Brett Kavanaugh.

“The people who are applauding Romney today for standing up to Trump and going after Trump will turn on Romney the moment he votes for something that they dont like,” Graham said.

Hes got to learn from Kavanaugh. Its really not about Trump, its about us. Its about conservatism. They want to destroy the conservative movement, not just Trump. Kavanaugh was the Bush guy, Brian, he wasnt the Trump guy. Trump picked somebody from the Bush world who was highly qualified, that brought the party together. Instead of smooth sailing, rewarding the president to pick somebody highly qualified, the Democrats chose to try to destroy Kavanaugh.

“What I want Sen. Romney to know, its not just about Trump — its about us,” Graham warned, “And remember what they tried to do to you, Mitt, when they got through with you? You were a bad guy. The truth is, youre a good guy, but in their world you will always be a bad guy if you try to cross them on policy.” (RELATED: Mitt Romney Writes Anti-Trump Op-Ed, Questions Trumps Character) 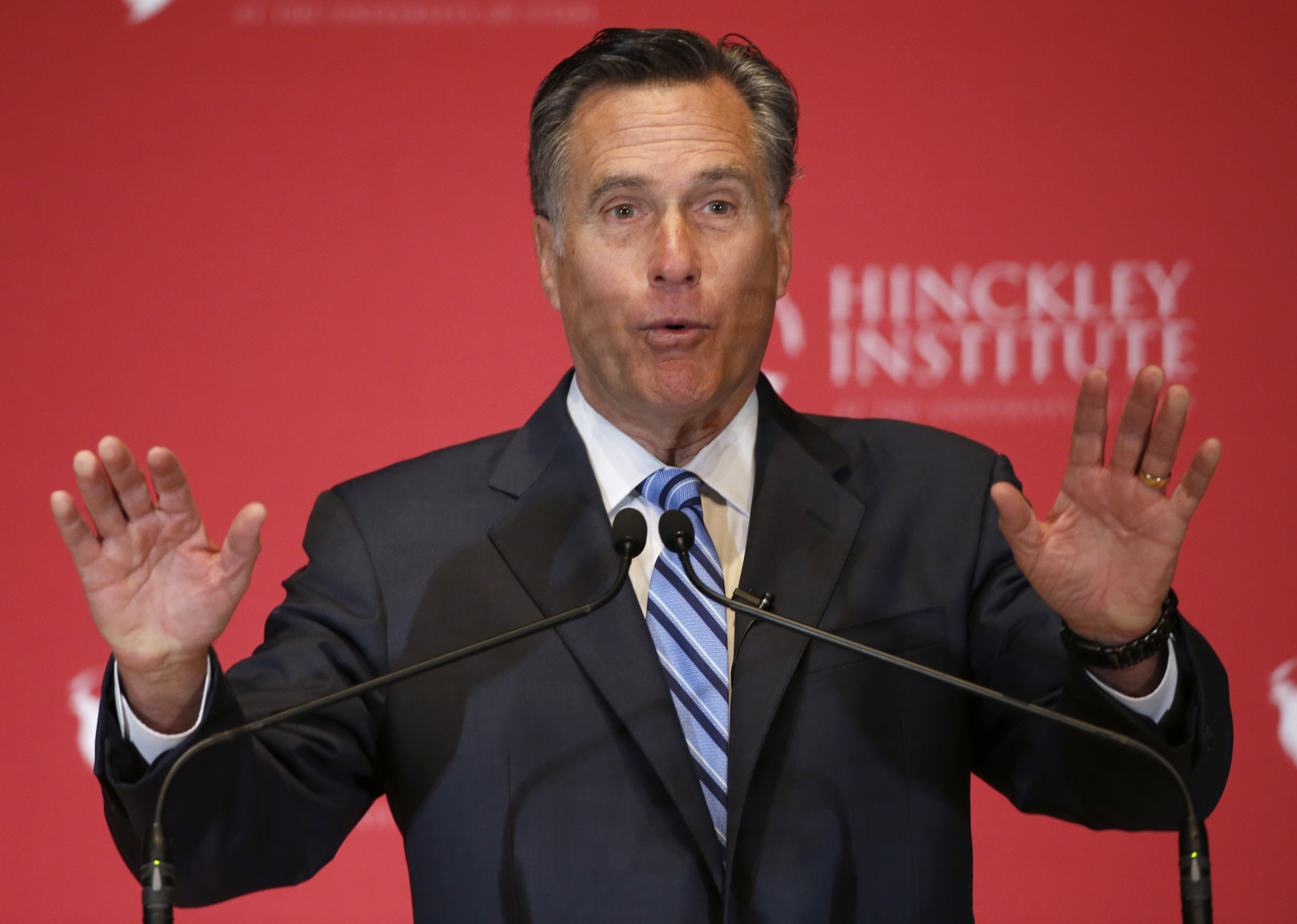 Graham was not the only Republican to chastise Romney for the move.

Rand Paul came out swinging against Romney, comparing him to Republicans who attacked Reagan when it was popular. “Like other big-government Republicans who never liked Reagan, Mitt Romney wants to signal how virtuous he is in comparison to the President,” Paul tweeted.

Like other Big Government Republicans who never liked Reagan, Mitt Romney wants to signal how virtuous he is in comparison to the President. Well, Im most concerned and pleased with the actual conservative reform agenda @realDonaldTrump has achieved.
https://t.co/vNvp2ZwyK7

McDaniel tweeted, “POTUS is attacked and obstructed by the MSM media and Democrats 24/7. For an incoming Republican freshman senator to attack @realdonaldtrump as their first act feeds into what the Democrats and media want and is disappointing and unproductive.”

POTUS is attacked and obstructed by the MSM media and Democrats 24/7. For an incoming Republican freshman senator to attack @realdonaldtrump as their first act feeds into what the Democrats and media want and is disappointing and unproductive. https://t.co/ArhI7Bi7bo

Trump endorsed Romney for his Senate race and his presidential run in 2012. Romney sought a cabinet position in the early Trump administration but did not get it. Romney went on to accept Trumps nomination in his senate race in Utah. Trumps response to the Romney op-ed was to call on Romney to “Be a TEAM player & WIN!”

Romney attacked Trumps character in an opinion piece for The Washington Post published Tuesday just days before he is to be sworn into the Senate.

In the op-ed, Romney writes, “To a great degree, a presidency shapes the public character of the nation. A president should unite us and inspire us to follow our better angels. And it is in this province where the incumbents shortfall has been most glaring.”

admin - January 5, 2019
0
After facing an 18-month wait for his son to receive a bionic hand, Callum Miller decided to make hi..

The Classic Movie: Olsen and Johnson break the fourth wall in...

Are you obligated to report sexual harassment at work?

admin - May 5, 2018
0
Culture changes amid harassment tipping point? Managers at CBS were warned over a period of 30 year..