Theres more good news for Nintendo in the latest NPD charts from America, but consoles sales are still close across the board.

Rockstar Games Wild West classic is already the second-best selling game of the year in the US, as official NPD sales results come in for November.

That puts it behind only Black Ops 4, with every chance of beating it by the end of 2018. Its definitely been another good year for Call Of Duty though, with Black Ops 4 becoming the second fastest selling game on Xbox One and PlayStation 4 – behind only Call Of Duty: WWII.

It also makes it the fifth year in a row, and the ninth overall, that Call Of Duty has been the best-selling game in the US during November.

Pokémon: Lets Go also did well, although not only does the chart below count both editions as separate titles but it doesnt take into account digital sales for the game – so its impossible to say exactly how well it did compared to the rest of the chart. Although yesterday Nintendo announced the game has already sold 2 million copies in the US alone.

There was less good news for Fallout 76, whose launch sales were behind both Fallout 4 and Fallout: New Vegas. Although because its not on Steam that doesnt include digital sales.

The final new entry of the month was Spyro Reignited Trilogy, which sold 30% more than the combined launch months of every other Spyro game ever released – not including Skylanders.

In terms of console sales all three foramts sold over 1.3 million units each. Thats the first time thats ever happened and only the second time that three consoles has sold over 1 million during November.

Sales between the consoles were so close though that there was a split decision, with PlayStation 4 selling more hardware but the Switch earning more money. The PlayStation 4 has still earned more overall this year though, as NPD yesterday announced that the Switch is the fastest-selling console of the generation.

In other words things are neck and neck, although overall console sales only saw a modest increase of 3% because PlayStation 4 and Xbox One sales were actually down on the same time last year.

Software sales, no doubt affected by the constant increase in digital downloads, were down 15%, although this was offset by accessory and game card sales. That means that overall November came out almost exactly the same as last year in the US.

Game of Thrones: Fans should ‘brace themselves’ for ending

Fortnite season 7 teaser hints at zip-lines being added to the... 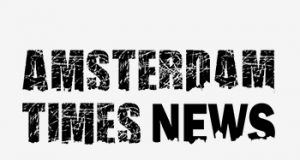