Matthew Hedges, a specialist in Middle Eastern studies at Durham University in England, was jailed after a five-minute hearing in which he was not represented by a lawyer, his family said.He was arrested on May 5 by UAE officials as he was leaving Dubai airport after a research trip. Accused of espionage, the 31-year-old was held in solitary confinement for almost six months. But he was released on bail last month, giving his friends and family hope that he would be released.His sentence on Wednesday appeared to come as a surprise to British authorities. UK Foreign Secretary Jeremy Hunt said the verdict was not what the UK "expected from a friend and trusted partner of the United Kingdom" and that it was "contrary to earlier assurances."Hunt said in a statement he was "deeply shocked and disappointed" by the verdict. "I have repeatedly made clear that the handling of this case by the UAE authorities will have repercussions for the relationship between our two countries, which has to be built on trust," he said."I regret the fact that we have reached this position and I urge the UAE to reconsider."British Prime Minister Theresa May told the UK Parliament that she was "deeply disappointed and concerned" at the verdict. "We are raising it with the Emirati authorities at the highest level," she added.

Hedges' wife Daniela Tejada — who was present at the hearing — said she was in "complete shock" and that her husband was "shaking when he heard the verdict."She was deeply critical of the British handling of the case, insisting that Hedges was innocent. "The Foreign Office know this and have made it clear to the UAE authorities that Matthew is not a spy for them," Tejada said. "This whole case has been handled appallingly from the very beginning with no one taking Matthew's case seriously.""The British government must take a stand now for Matthew, one of their citizens. They say that the UAE is an ally, but the overwhelmingly arbitrary handling of Matt's case indicates a scarily different reality, for which Matt and I are being made to pay a devastatingly high price."Tejada added that this has been "the worst six months" of her life. "The UAE authorities should feel ashamed for such an obvious injustice. I am very scared for Matt. I don't know where they are taking him or what will happen now. Our nightmare has gotten even worse," Tejada said.The UAE government has not responded to a CNN request for comment.

The UAE attorney general, Hamad Al Shamsi, announced on October 15 that Hedges had been charged with "spying for and on behalf of a Foreign State, jeopardizing the military, economy and political security of the UAE." Al Shamsi said that Hedges had entered the UAE "under the 'cover' of academic research." 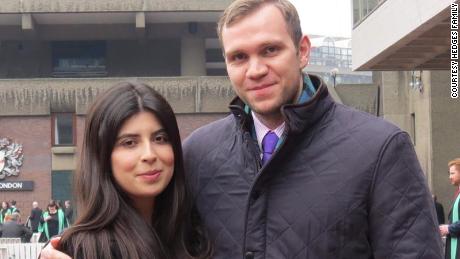 However, according to a letter posted on Tejada's Twitter account in October, the 31-year-old had been in the UAE to conduct interviews for his PhD thesis examining civil-military relations in the wake of the Arab Spring.It is not clear whether there is a wider diplomatic context to the Hedges case, but ties between the UK and the UAE have become strained recently. The UAE and its bigger regional ally, Saudi Arabia, have led efforts to contain the spread of Islamist movements like the Muslim Brotherhood in the Middle East. To the private irritation of the UAE, London does not classify the Muslim Brotherhood as a terrorist organisation, and its members are eligible for asylum in the UK if they can demonstrate evidence of persecution. The UAE is part if the Saudi-led coalition that is fighting the Iran-backed Islamist rebels in Yemen. This week, the UK circulated a draft a resolution that would a ceasefire in the besieged port city of HodeidaRadha Stirling, chief executive of UK-based legal advice group Detained in Dubai, says she has seen a "growing concern" in the US and Australia "as to whether the Gulf nation is truly an ally or actually a threat to national interests." 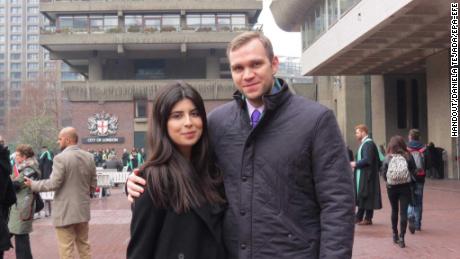 "For the moment, the UAE consistently displays that reality is a complete contradiction to the modern image its PR companies try to push to Western tourists and investors."Stirling said while she expects that Hedges will launch an appeal, "we must remember that he will be facing a judicial system that is known for corruption, unfair trials, forced confessions and discrimination."She added: "The UK courts have repeatedly denied all extradition requests to the country on this basis and, in Matthew's case, the ultimate determination of his matter will come down to the ruling party, not to the legal system."

Hedges' family spokeswoman said that during his first six weeks of detention, Hedges was "interrogated without a lawyer, or consular access, and held in solitary confinement."The spokeswoman added that Hedges was forced to sign a document in Arabic. "It has now been disclosed (it) was a confession statement," she said, adding that the academic doesn't speak or read Arabic.The spokeswoman said Hedges' health grew worse in the subsequent months. "His mental and physical health seriously deteriorated. Matt was fed a cocktail of medication by the prison guards including Xanax, Valium and Ritalin," she said. "After four months of solitary confinement he began vomiting on a daily basis."On October 29, she said, Hedges was released with an ankle monitor and was told to stay in Dubai. 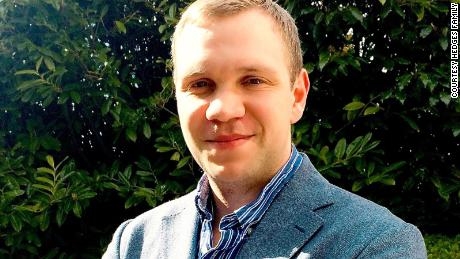 The UAE foreign ministry conducted a review of Hedges "welfare status" on October 24, it said, following reports about the 31-year-old's treatment.It said that he had "been provided with constant medical and psychological care" and that "family members and embassy staff were given access to him.""The treatment of Mr. Hedges is entirely in keeping with obligations under UAE law and international norms and Mr. Hedges' welfare has been appropriately supported and maintained throughout the process," the foreign ministry added."Since the commencement of the trial, as per UAE law, the conditions of Mr. Hedges' remand have been reduced."

The world’s biggest carmaker is shutting down in Europe

‘Boycotting Eurovision is not the answer,’ say stars

Brett Kavanaugh Likes Beer, But How Does The Rest Of DC Feel?

admin - November 1, 2019
0
SINGAPORE – While the Lakerol pastille can be found in countries all over the world today, including..

Ryan Reynolds and company sink into the silliness of ‘6 Underground’

admin - April 21, 2018
0
Residents were briefed Thursday evening by government and local officials on the cleanup operation i..