The late Justice Antonin Scalia was posthumously honored at the White House Friday with the Presidential Medal of Freedom.

His wife, Maureen, was on hand to accept the honor from President Trump.

In Trumps opening remarks, Trump said the nation is “indebted to Justice Scalia for his lifetime of noble and truly incredible service.” Scalia a died suddenly in 2016 and the replacement of his seat was a contentious issue in the 2016 election.

Trump said Scalia “transformed the American legal landscape igniting a national movement to apply the original meaning of the Constitution has written” and “preserved the foundation of American freedom.”

Joining Scalia at the ceremony were his children. Trump recognized all nine of them, saying “Joining us for this ceremony is [Scalias] wife, Maureen, whos become a great friend of my family. And their nine children. Anne, Gene, John, Katherine, Mary Clair, Paul, Matthew, Christopher and Meg.”

Trump followed up with a joke, saying to the widow, “You were very busy. Wow. Wow.” The room laughed. Then Trump said of Scalia, “I always knew I liked him.” (RELATED: McConnell On Kavanaugh Effect: Very Helpful) 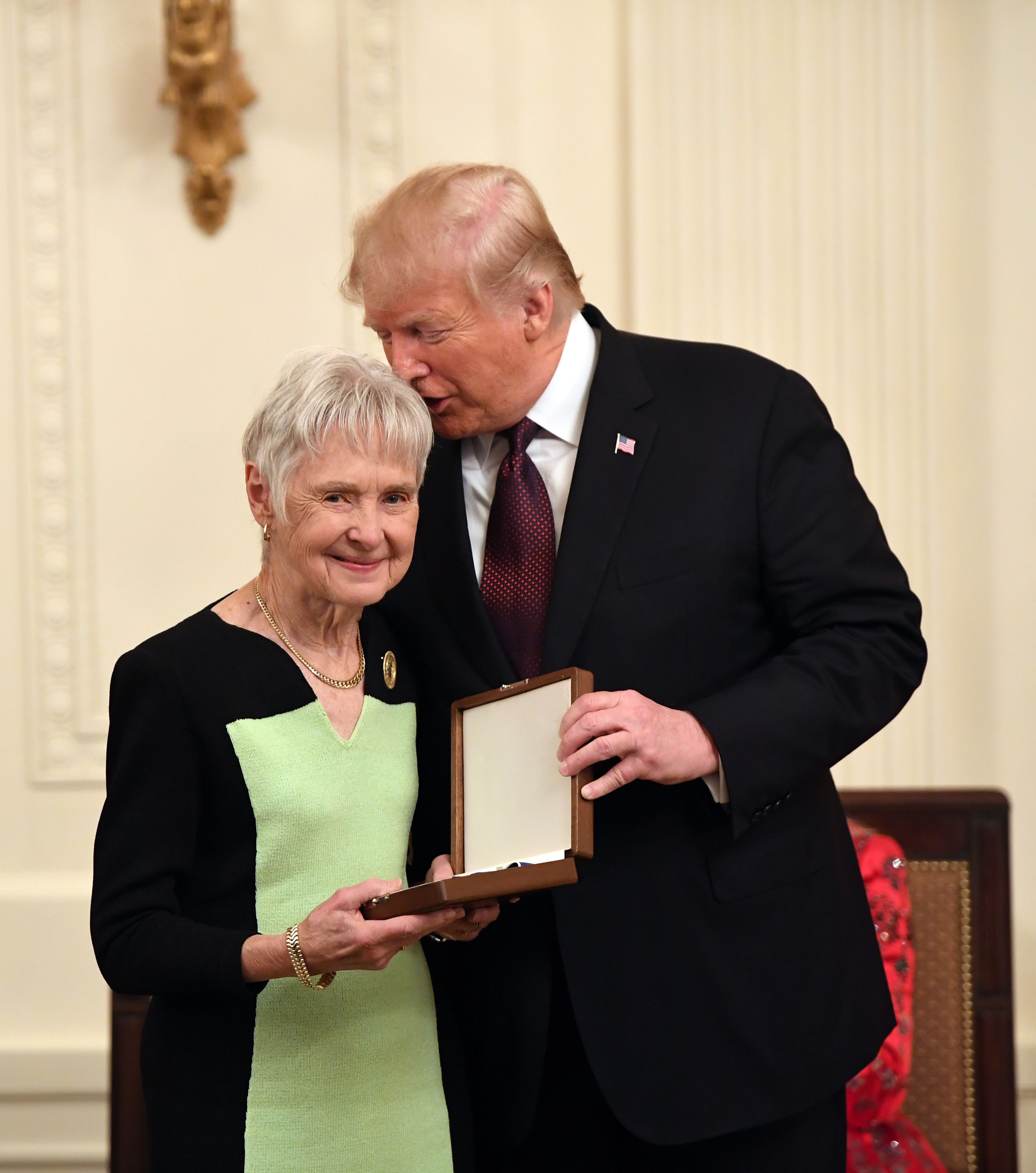 Lady Gaga breaks down in tears as she thanks Bradley Cooper for allowing her...

Comey Claims Steele Dossier Was Not An An Essential Part Of...

admin - May 1, 2018
0
Former FBI Director James Comey does not believe the infamous Steele dossier was necessary to obtain..

Aretha Franklin, the Queen of Soul, has died

Cops can keep Ring footage forever, share it with anyone, Amazon...

admin - November 2, 2018
0
Donald Trump has defended a video he tweeted in which the Democrats are blamed for a Mexican migrant..