The creator of Lumines and Rez attempts to reinvent Tetris for the VR age, and the effects are literally mind-blowing.

With the recent news that Grand Theft Auto V sales have hit a staggering 100 million we mentioned that, at least on a technicality, Tetris is still the best-selling video game of all time. During the 90s it was one of the most recognisable video games in the world, back when being addicted to a game was viewed only as a positive. But while there are plenty of versions available on smartphones, and still the occasional release on consoles, Tetris has long ago ceded its position as the public face of puzzle games to Candy Crush and its ilk. But Tetris Effect should help to reverse that trend.

Of course, being a PlayStation 4 exclusive this is never going to have the same reach as a free mobile game, especially when one of its key features is PlayStation VR support. But Tetris Effect doesnt need VR, its only enhanced by it, and most of what it brings to the table can be appreciated whether youre playing on a TV or not.

The game is a dream project of Tetsuya Mizuguchi, who is best known for puzzle game Lumines (which was recently remastered) and Rez (which already has an excellent VR version). That makes him pretty much the perfect person to work on a new Tetris game, as he uses every trick hes learnt so far to reinvigorate the great granddaddy of all puzzle games.

Were honestly not sure if anyone needs to have what Tetris is explained to them, but just in case: it was invented in 1984 by Russian designer Alexey Pajitnov, back when the Soviet Union was still a thing. It became the first video game to be exported from Russia to the West and the story of how Nintendo beat off the competition to sign it up as a Game Boy launch title is one of gamings most entertaining behind the scenes stories (we particularly recommend the book Game Over by David Sheff).

Like all good puzzle games Tetris sounds confusing and overcomplicated when you explain it, but is elegantly simple and instantly accessible when you play it. Geometric shapes (called Tetriminoes) fall from the top of the screen and you have to rotate them so they interconnect with each – with a complete horizontal line disappearing entirely. The shapes begin to fall more quickly the longer you last, and its game over when one reaches the top of the screen.

Tetris Effect (named after the medical phenomenon where people keep seeing falling shapes even in their dreams) works in exactly the same way but with the addition of a Zone ability that allows you to drop more than one block at a time, raising the previous maximum score you could get at once by performing a decahexatris. Only hardcore Tetris fans will care about the specifics but what this translates to in practice is a slowly-building power meter that allows you to save yourself – or simply go for a high score – at the moment of your choice.

As youd expect, Tetris Effect also uses all the modern contrivances of the game, including the ability to slide shapes into place for a few seconds after they touch down and the controversial infinite spin that allows you to keep turning them as long as you keep hitting the button. You can also hold back a block to be used later, although that option you can turn off if you dont want it.

Because this is a Mizuguchi game the soundtrack is fully interactive, so the better you do the more complex the music gets. As usual his ultimate goal is to try and induce synaesthesia but whether that actually happens or not the effect is mesmerising all the same, as the backgrounds also come alive at the same time and together with the Zone ability youre given a constant stream of reward even as the gameplay itself remains the same.

The main play mode splits itself up into several separate stages that have to be beaten by clearing a certain number of lines, but theres a huge range of other modes that range from standard Marathon mode to one that turns the play field into a 3D cylinder. No matter what mode you play in though the game tracks your progress and levels you up, unlocking new options and challenges along the ay. Although oddly there are no traditional multiplayer modes, beyond chasing other peoples high scores.

Tetris Effect really can be played on a normal TV and thanks to the interactive music and varied game modes it is absolutely worth it. But the games true grandeur is only revealed in VR. Since youre still only looking at a static play field you wouldnt think it would make that much difference but the glorious particle effects – which are very similar to Rez Infinites Area X – combine with the music and gameplay into an experience that seems to both overload and relax your senses all at the same time.

Tetris has often been referred to as a perfect video game, and we wouldnt argue with that. But if thats the case then this is the perfect Tetris. Except of course that nothing is really perfect, and occasionally the light shows and music can be distracting when things get really busy, obscuring parts of the screen for a few precious seconds. Its a rare issue though and worth putting up for the 99% of the time the effects do work.

Throughout his career Mizuguchi has always strived to combine graphics, gameplay, and music into a single interdependent whole, and Tetris Effect is arguably his most successful creation so far. The name Tetris Effect was well chosen, because you really do feel the game altering your perception, as it and the Tetriminoes become your whole world. You play Tetris Effect but you also get the feeling that it is playing you, the blending of game and gamer reaching a peak in which they seem almost one and the same.

In Short: A masterful reimagining of Tetris that changes little about the core gameplay but still manages to create one of the most immersive video games ever.

Pros: The classic Tetris gameplay combined with a huge range of modes and options. Interactive music and background graphics work masterfully and are enhanced even further in VR.

Cons: The graphics effects can occasionally get in the way of the screen. No real multiplayer options.

Mel B admits to snorting up to six lines of cocaine a day while...

The true dollar cost of the anti-vaccine movement 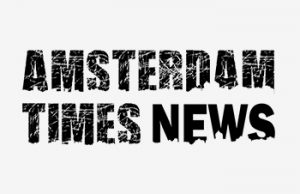 Go your own way: Buckingham speaks out about Fleetwood Mac departure

admin - May 14, 2018
0
Lindsey Buckingham has described his departure from Fleetwood Mac as "not my doing or my choice". T..

admin - June 21, 2018
0
Dulcet tones and somber notes played in time represent the curious duality of Moonlight. It is, at o..