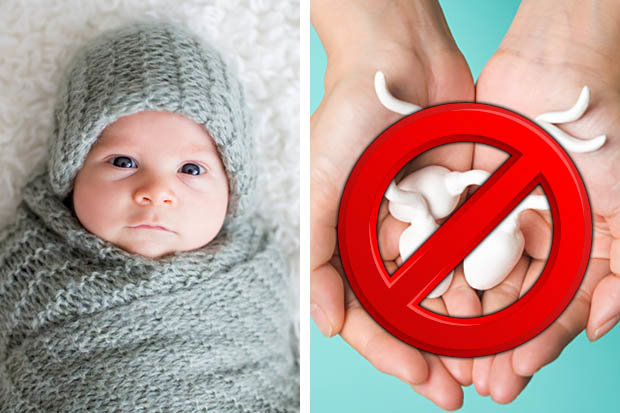 SCIENCE BREAKTHROUGH: The world could be closer to 'no dad' babies (Pic: GETTY STOCK / DS)

The rules of reproduction have been broken in a feat of cloning by researchers at the Chinese Academy of Sciences.

Normally, in mice and humans, it takes one sperm and one egg to create new offspring.

But two mother-mice had a healthy litter, which amazingly then went on to naturally have pups of their own.

When the researchers tried a similar experiment with male mice, the offspring died within days of being born.

BENDING NATURE: The cloning experiment will raise questions about is possible (Pic: GETTY)

“This research shows us what's possible”

This is likely to be because DNA needed more tweaking in the male-male experiment, and researchers had to create a blank egg cell by removing all its genetic information.

The female-female experiment benefitted from being able to use a normal egg cell from one mum, and then slightly modified DNA from the other one.

"We saw that the defects in bimaternal mice can be eliminated and that bipaternal reproduction barriers in mammals can also be crossed."

NO SPERM NEEDED: What does this new technology mean for the future of mankind? (Pic: GETTY STOCK)

But a world in which men are no longed needed in reproduction raises ethical concerns.

And before such experiments are considered on humans, the wellbeing of offspring created from cloning must be a near-guarantee.

Dr Lovell-Badge told the BBC: "Even with two mothers I'm not convinced they're normal and the success rate is pretty low.

"It is not something I'd hope anyone would contemplate."

The research was published in Cell Stem Cell.

Games Inbox: COD: Black Ops 4 on Switch, Into The Breach love, and Eternal...

US Senator Burr steps aside as chair while FBI probes pre-pandemic...

‘The Matrix’ reloads with Keanu Reeves and Carrie-Anne Moss

WhatsApp will stop working on a lot of smartphones from New...

admin - December 29, 2017
0
A lot of old phones are about to feel even older Credit: Getty WhatsApp is about to stop working on ..