On top of that, the driver "did not have the appropriate driver's license to be operating that vehicle," Gov. Andrew Cuomo said. The startling revelations brought more anguish to those grieving the deaths of 20 people in the quaint town of Schoharie. At least one victim seemed worried about the condition of the limo, according to text messages shared with the New York Times. Before the disaster, the limo was full of exuberance — 17 birthday party guests who had many reasons to celebrate. There were newlyweds and young couples and four sisters,on their way to revel at an upstate New York brewery.But for reasons still unknown, the limo plowed through a stop sign and crashed into a parked SUV, causing the deadliest US transportation accident in almost a decade. All 17 passengers were killed. So was the limo's drive and two pedestrians. As more details emerge about the apparent broken rules, investigators also are wondering whether the unusual structure of the limo may have contributed to this mass tragedy. Federal, state and local investigators flooded Schoharie to try to understand what happened. "We don't know the cause of the accident, if it was a vehicle malfunction, if it was a driver malfunction (or) a driver error," Cuomo said.

The birthday party guests were riding in a 2001 Ford Expedition that was converted into a limousine. Those kinds of altered vehicles have worried officials, said Peter Goelz, former managing director of the National Transportation Safety Board.That's because after-market modifications often affect a vehicle's structural integrity and safety. "That vehicle was inspected by the New York State Department of Transportation last month and failed inspection and was not supposed to be on the road," Cuomo said. "The driver needed what's called a CDL, a commercial driver license with a passenger endorsement. The driver did not have that proper license," Cuomo added. The limo company has been identified as Prestige Limousine Chauffeur Service in Gansevoort, New York, according to an official with knowledge of the investigation.US Department of Transportation records show Prestige Limousine Chauffeur Service has two drivers and three vehicles. Its vehicles were inspected five times in the last two years, and the company has had four vehicles taken out of service. In a statement Monday, the limo company said it "extends its deepest condolences to the family members and friends of those who tragically lost their lives on Saturday. We are performing a detailed internal investigation to determine the cause of the accident and the steps we can take in order to prevent future accidents."The company said it has "voluntarily taken our fleet of vehicles off of the road during the investigation." The company has already met with federal and state investigators and plans to do so again, the statement said. Cuomo said officials are working on "a cease-and-desist order to stop Prestige Limousine from operating until the investigation is concluded."State Police Maj. Robert Patnaude said authorities have located the limo company owner, Shahed Hussain, who is currently in Pakistan.

Patnaude said state police investigators have recovered the vehicle's airbag control module, which is the equivalent of the vehicle's black box. "That company and that vehicle have been under scrutiny of [Department of Transportation] in the past," he said, declining to elaborate. State police officials seized three of the company's vehicles, in addition to the modified limo involved in the crash, Patnaude said. NTSB chairman Robert Sumalt said the limo was configured for 19 seats. Some seats had lap-shoulder belts, but it wasn't immediately clear if all the seats were equipped with seat belts and whether anyone had them on, Sumwalt said. In limos in New York, rear passengers are not required to wear seat belts, according by Sumwalt. He said some seats remained anchored to the floor during the crash. There was also extensive damage to the front of the limo, mostly on the driver's side, Sumwalt said. The limo's engine compartment has been pushed back in to the front of the passenger compartment, indicating a "high energy impact," Sumwalt said. No skid marks were observed but the damp road conditions could have mitigated any skid marks, he said.The federal agency doesn't know the limo's speed at this point at the time of the crash, Sumwalt said. The NTSB will look at several factors, including the driver's fitness, whether fatigue was an issue, the company's compliance with state and federal regulations and its record of prior crashes, Sumwalt said.

Those in the limo weren't just friends — many were family. Four sisters — Mary Dyson, Abby Jackson, Allison King and Amy Steenburg — all died in the crash, state Assemblyman Angelo Santabarbara said. Steenburg's husband Axel Steenburg also was killed.Many of the victims were from the upstate city of Amsterdam, about 20 miles north of the crash site. Jackson was a special education teacher in Amsterdam, said Santabarbara, who represents the part of New York where the crash happened. Valerie Abeling said her niece, Erin Vertucci McGowan and Erin's husband Shane McGowan, died together. They got married just four months ago."It's a horrible tragedy, and there's no words to describe how we feel," Abeling said."These were young couples, just got married and had their whole lives ahead of them." 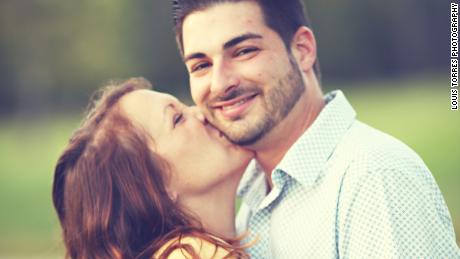 Limo appeared to be in poor condition, victim said in text message

According to the New York Times, Erin Vertucci McGowan sent a text message to Melissa Healey, who was McGowan's maid of honor, that said their party bus had broken down on the way to pick them up. Instead, the friends rented a stretch limo, which was in poor condition, for the trip to the brewery, the message said, according to the paper. "The motor is making everyone deaf," McGowan wrote, according to the Times.Healey asked where the group had gotten the vehicle. But McGowan said she didn't know. "When we get to brewery we will all b deaf," McGowan wrote, the Times reported.

'They now have no parents'

Karina Halse said her "heart is completely sunken," with with the loss of her sister, Amanda Halse, who was killed along with her boyfriend. "I can't even imagine how it happened, or why it happened," she said. 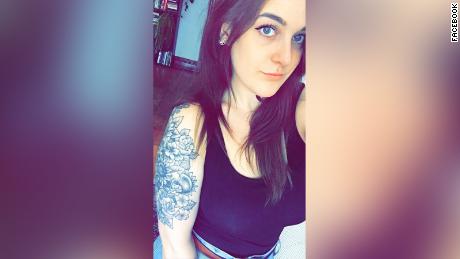 And Barbara Douglas isn't just grieving the deaths of her two nieces. She's mourning the loss of two mothers. "They were fun-loving. They were wonderful girls," Douglas said. "They'd do anything for you, and they were very close to each other." Douglas' face grew increasingly somber as she thought of her nieces' three children. "They now have no parents," Douglas said.

All the forbidden items at Eurovision Song Contest 2019 – including ladders, mugs and...

How OCD affects my sex life

admin - January 6, 2018
0
(Picture: Erin Aniker for Metro.co.uk) Have you ever been so distracted thinking about something dur..

Disco Domination LTM to be added to Fortnite this week

Don’t expect Tories to be punished for data breach

Former MLB player and manager Art Howe is in the ICU...

‘Four horsewomen of the apocalypse’: Trump in new ‘Squad’ attack

admin - July 17, 2019
0
By Chris Robertson, news reporter Donald Trump has launched yet another attack on a group of Democ..