At Gamescom 2018, Ubisoft revealed more information about anticipated strategy game Anno 1800 after news on the game has been quiet for some time now.

The trailer came alongside a release date for the game – which Ubisoft has announced will drop on 26th February 2019.

The description for the trailer reads:

"Lead the Industrial Revolution in ANNO 1800 The path you choose will define your world. Are you an innovator or an exploiter? A conqueror or a liberator? How the world remembers your name is up to you. Build your city and cross the oceans to expand to South America."

Anno 1800 sees the series return to the past after it took to the future for two games before. This time Ubisoft and Bluebyte are taking the series to the Victorian era.

The game will include big ships, industrialisation and world-spanning trade empires.

Similarly to previous Anno titles, you can expect the game to primarily revolve around establishing successful trade routes with your economic rivals, with occasional spouts of warfare thrown into the mix to make things a little more exciting.

We do know that there will be a new story-based campaign in the title that will be playable alongside the traditional multiplayer and sandbox modes.

Heres Ubisoft's description of the game:

“Anno 1800 brings players to the dawn of the industrial age, a time of industrialisation, diplomacy and discovery. Players will have the chance to prove their skills as a ruler, as they create huge metropolises, plan efficient logistic networks, explore and settle new lands and dominate their opponents by diplomacy, trade or warfare.

“Anno 1800 combines the best of what the franchise can offer: a rich city-building experience, including a story-based campaign, a highly customisable sandbox mode and the classic Anno multiplayer experience.”

Lead the Industrial Revolution! Welcome to the dawn of the industrial age. The path you choose will define your world. Are you renovator or exploiter? Suppressor or liberator? It's up to you how the world will remember your name. 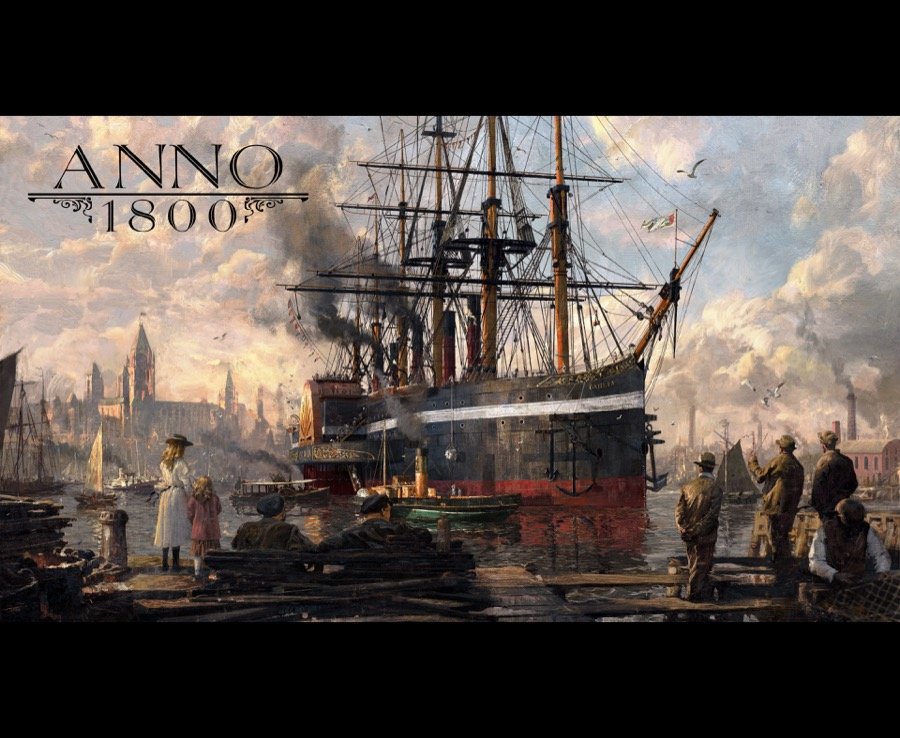 THE DAWN OF A NEW ERA
Welcome to the 19th Century, a time of industrialization, diplomacy and discovery. Rich with technological innovations, conspiracies and changing allegiances, this era presents the perfect setting for the classic Anno gameplay. Anno 1800 provides players ample opportunity to prove their skills as a ruler, as they create huge metropolises, plan efficient logistic networks, explore and settle new lands and dominate their opponents by diplomacy, trade or warfare.

A CLASSIC ANNO EXPERIENCE
Anno 1800 combines beloved features from 20 years of Anno history. It delivers a rich city-building experience, including a story-based campaign, a highly customizable sandbox mode and the classic Anno multiplayer experience. 1800 will see the return of beloved features, such as individual AI opponents and shippable trade goods, randomly generated maps, multi-session gameplay, items and many more.

CHOOSE YOUR STRATEGY FOR VICTORY
Leading prosperous metropolises requires you to always adapt your strategy to new situations: Fulfil the needs of your inhabitants by establishing numerous production chains, deal with other AI rulers sharing your world and rise to prosperity by building a profitable network of trade routes.

Ubisoft's next big Anno release is starting to click into gear and on the developers Anno-Union website, there's been plenty of updates from the dev team working on the game.

Speaking recently in a new blog post at the end of February the team said:

"A turbulent month is coming to its end, as quite a few new features were introduced, and we are currently busy tying up a few loose strands from before."

However, what is interesting is the prospect of the games first testing phase, which is apparently just around the corner.

"We will send out the focus test invitations for the first group of testers pretty soon, so keep an eye on your mailbox. For the playtest, we had to do some additional polishing on our development version of the game, which lead to a slight delay to early March."

Check your inbox and keep an eye out for those focus test invitations.

Ubisoft will be launching a service called Anno Union alongside the development of the game which allows fans of the series to vote on various elements of the development process.

Ubisoft has trialled this sort of interactive community feature before in Might & Magic Heroes 7, and it was received quite well by fans.

When is pregnant Alesha Dixon due to give birth and who is her partner?

How you can play new PS4 game God of War early…...