The decision comes amid controversy over the US territory's handling of the official death toll from the hurricane, which battered this Caribbean island on September 20. Puerto Rico had argued that some information contained in death certificates should be kept private in order to protect the identities of the dead. Puerto Rico Superior Court Judge Lauracelis Roques Arroyo ruled these records are a matter of public information and must be released, with the exception of the social security numbers of the deceased. CNN and the Center for Investigative Journalism (CPI) in Puerto Rico sued for access to death records. Both organizations have published extensive investigations questioning Puerto Rico's official death toll, which is 64. Data about Hurricane Maria deaths has been the Puerto Rican government's "best kept secret," with officials blocking journalists and academics from obtaining basic mortality data, said Carla Minet, executive director of the Center for Investigative Journalism in Puerto Rico.

"That public policy is a contradiction with its public relations strategy that proclaims transparency," Minet said. "We ask (Puerto Rico Gov. Ricardo) Rosselló to finally deliver the information without further excuses."Puerto Rico said Tuesday that it will release the data.The government's policy is to "work with strict transparency and facilitate access to all public information, so we will be complying with what was recently ordered by the court," Ramón Rosario, Puerto Rico's secretary of public affairs and public policy, said in a statement. 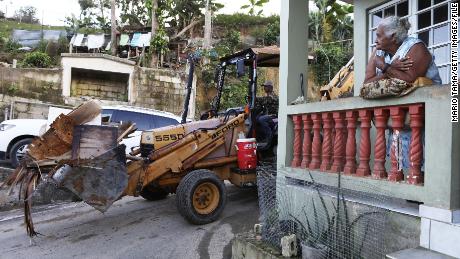 In November, CNN surveyed 112 funeral homes across the island, about half the total, and found that funeral home directors and staff identified at least 499 deaths they believed to be hurricane-related. A Harvard study published last week, which was based on interviews with more than 3,000 households, suggested the true death toll may be more than 4,600. Puerto Rico this year hired George Washington University to review Maria's death toll. Officials have said they welcomed Harvard's assessment and want to know how many died in the storm and its aftermath.

Titanfall 3 and Star Wars Jedi: Fallen Order could be out by Christmas 2019