Home Fun Snow time: Tips to make the most of your skiing dollars 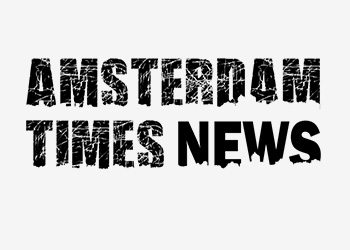 Yes it can be expensive – but there are ways to hit the slopes without the pain of a budget blowout.

Every year Melburnians debate: will it snow? When will it snow? How many years until there won't be natural snow in Victoria? Well, we can ponder and guess the answers, or we can just get out there and enjoy it when it comes, for as long as it lasts.

It's a notoriously expensive activity, so any savings can help. Here's the inside running on how to get better value for your Victorian skiing dollar.

Falls Creek is known for its scenery, and it's also big on downhill and cross-country skiing. Families love it, and it's very much a play-and-stay resort, with plenty of lodges from which you can hit the slopes directly.

But, to bag a bargain, you really need to put the work in early. Wade John from NorthEast Bus lines, which runs FallsBus, BullerBus and HothamBus, recommends going by coach (of course) and booking accommodation well in advance.

"Going by coach has its benefits: you can plug into USB charging points and use the free Wi-Fi," he says. And you don't need to pay for parking. "Parking your car is $60 per day, depending on what mountain. It could be fun, or it could be bad at the end of the holiday when you've got to dig your car out of the snow," John says.

Current bargains on his website include a $114 return from Melbourne to Falls (or $66 to Buller), and he suggests buying 40 days in advance for the cheap seats.

His company's "All Weekend Ski Trip" deals are snapped up quickly, but he has other suggestions if you've missed out. "They're not 'cheap' but they're good value: Snow Ski Apartments, Attunga Lodge, Koki Alpine Resort. But you won't get anything under $220 a night," he says.

One good "cheap" option, four kilometres from Falls Creek, is the YMCA-run Howmans Gap. "It's a safe place, away from the hullabaloo of the hill," says camp manager Michael Jowett.

A new 36-bed facility built on universal design principles (so it's accessible for all), will open at Howmans this ski season, adding to its 174 existing beds. "It's the first of its kind in Australia built in an alpine environment," Jowett says.

He suggests booking accommodation and packages at the same time, not on arrival. "Then you get 25 per cent off lift pricing, and 30 per cent off ski hire," he says. This year a dorm bed at Howmans Gap is $45, plus meals, which are $35 a person for breakfast and dinner.

Pre-purchasing resort entry online before arrival is another way to save: it's $49.50 a vehicle or $54 at the resort.

Hotham is one of the most popular mountains in Victoria, and it's possibly the most serious one when it comes to skiing and snowboarding, as it has the steepest terrain. Those who ski here regularly probably know the drill: booking in advance gives discounts of up to 15 per cent on lift passes, 25 per cent on equipment hire and 10 per cent on group lessons. Also, you save $5 if you purchase resort entry online ($50 a vehicle a day).

Still, you don't need to be an expert to ski Hotham; new skiers and snowboarders are welcomed annually with Brand New Day. Held on June 30 this year, the event is "The cheapest learn-to-ski or snowboard package in Australia," according to Hotham's marketing manager, Glenn Watson. For $79, new skiers and snowboarders get gear hire, five hours of group lessons, coffee with their instructor, lunch and an "apres drink". Bargain!

For accommodation, Watson says Hotham ski lodges are perfect for those on a budget. "They are a great way to save money on a holiday, offering welcoming shared living areas, self-catering facilities or catered options and a cosy bed. Nightly rates can range from $60 to $200 a person, even during peak times of the season."

Buller HQ's advice for a bargain holiday is buy early and in advance (and do it online). Like most of Victoria's resorts, Buller is cheaper in June and September: expect cheaper lift passes and up to 50 per cent off accommodation.

If you want mid-season, go on Thursdays when an adult ski lift pass is $90 (book online). Uni students can enjoy discounts too. Buy the first night's parking online for $44, or it's $55 when you get there. There's a backpackers here too, designed for 18-plus (no kids) and priced at $75 a person a night.

On the slopes, the Discover pass is a great idea if you're a learner; you get a two-hour lesson and access to seven beginner lifts for $90.

Altitude Tours run ski trips to Mount Buller from Melbourne's Southern Cross Station, and, believe it or not, they're still charging what I paid back in 2011: it's $255 for a return trip from Melbourne, a Discovery pass, as well as ski/snowboard hire and boots.

This is the spot for snow bunnies who want to chill out in sprawling, classic grey timber and rock alpine houses and love a bit of cross-country – you can cross-country it all the way to nearby Mount Hotham, just over 10 kilometres away.

Most of the accommodation at Dinner Plain is in the aforementioned houses, but it does have one lodge: Currawong Lodge. It's good value at $70-$79 a person – especially considering guests can use the 10-person spa. On weekends there's a two-night minimum.

There's no resort entry fee at Dinner Plain, but if you're coming up from Bright, cameras will snap you arriving and departing at Mount Hotham, where there is a fee. However if you're in and out of there within a certain period of time, you're fine (and won't be fined).

Dinner Plain has a free snow play area and you do need a parking permit to hang out there, but Dinner Plain Accommodation do them for free, they just need your numberplate details.

Wicked Wednesday is the go, with ski-lift passes priced at $35 a person, giving you access to the seven lifts including a magic carpet and T-bar/pommel lifts. If you've got a student card, skip class on Tuesday for the same rate.

If you like to party, and there are fewer than four of you, best value is a dorm room at the backpackers at the Alpine Hotel. Yes, if there's live music, you may hear it (and it may keep you up till 2am) but if you're in the bar, who cares? It's really basic, you even need to BYO pillow, but it's $52 a person a night in peak, with a minimum of two nights for Friday and Saturdays.

If there's a small group of you, you might be better off somewhere like Ben Bullen, which, at $235 for a five-bed room in peak, works out cheaper than the backpackers if there are five of you, and you get to all hang in the same room (but you'll still be sharing the other facilities).

Free stuff includes meeting the alpine dingoes (no, I didn't know there was such a thing either) Warragul and Rowdy. They've got quite the following: Rowdy has his own Facebook page. There's a dingo resource centre here too.

Fun fact: there's actually no lake on Lake Mountain – it was named after George Lake. Lake Mountain is known as the most affordable snow resort in Victoria, so you're not going to need wads of cash to come and play here. At 1433 metres, it's certainly not the highest.

This is a day resort, so it's very much drive up (or catch the bus from Marysville), play, and, unless you're camping, you won't be staying. Marysville does have plenty of accommodation options, but being so close to Melbourne (two hours), you can make it a day trip to save money.

The resort's had a chance to reinvent itself after the fires in 2009, and the large centre, built afterwards, packs in heat – and food-seeking folk.

To get up to Lake Mountain in the white season you need to pay $56 ra car, and there's no online or pre-booking discount available for that. Lake Mountain Snow Bus gets you from Marysville to Lake Mountain return for $42, but it's not going to save you any dosh if there's more than one of you splitting the resort entry/snow chain cost with your passengers.

New on the mountain this year are two magic carpets (like a "snow travellator"), which will help tired or lazy kids (and adults) up to the top of the toboggan and the snowboarding park over and over again for $10.

Lake Mountain has got a bit of a "young kids who've never been to the snow, crashing into the snow and freezing" vibe. To escape them, get out on the 37km kilometres of cross-country trails (30 kilometres are groomed daily), or give snow shoeing a go. Hand over $30 at Lake Mountain to hire yourself some snowshoes and poles, and try the Summit Walk – a ive-kilometre return wander. Expect stunning panoramas.

A popular mountain to climb by bike in summer, in winter Mount Donna Buang (1245 metres), near Warburton, an hour and a half drive from Melbourne, can get quite snowy. Check snow reports on www.warburtoninfo.com.

The great thing about Donna is that there's no entry fee, parking fee or park fee, though occasionally you'll need to fork out for snow chains. It's pretty much a "snow play" spot for families keen to get some of the white stuff stuck in snow boots while tobogganing. If you've never hung at the snow before, you may as well start here.

A man saw a list of his town’s school lunch debt. So he paid...

admin - April 4, 2019
0
Twitter has changed its policies to allow a French government campaign encouraging people to vote in..

Zoella is seriously amused after learning Turkish company is using her...

admin - August 24, 2018
0
The man who has accused Asia Argento of sexually assaulting him as a teenager has used his Instagram..