But with so many candidates running in the most competitive races, there's a chance the vote will be splintered among the Democratic candidates — creating a scenario where two Republicans could advance to the November ballot. Will Democratic enthusiasm be a blessing or a curse? We'll find out Tuesday night in these races:

The competition for retiring Congressman Ed Royce's seat has turned into one of the most closely watched races this political season. Because of his solid constituent service, the Republican congressman served for 13 terms and proved himself to be a good fit for this racially diverse district, which is about a third white, a third Latino and a third Asian. His longtime aide and chosen successor, former Assemblywoman Young Kim, has been the strong Republican front-runner from the starting gate. Born in South Korea, she has used her family's immigrant story to connect with voters of all political leanings. In the battle for the number two spot, two wealthy Democrats, Gil Cisneros and Andy Thorburn, engaged in one of the ugliest political fights California has seen this season. Cisneros, a former Navy officer who won $266 million in the lottery in 2010, accused Thorburn of using a tax haven to set up his company and maximize his profits. Thorburn tried to dampen support for Cisneros, who was chosen for the Democratic Congressional Campaign Committee's "Red to Blue" program, by noting that Cisneros had switched his party registration from Republican to Democratic and by finding fault with some of his investments. In a strange twist, Cisneros' campaign accused Thorburn's campaign of releasing a fake voicemail with a man purporting to be Cisneros. Later, a Democratic State Assembly candidate — who had expressed support for Thorburn — took to Twitter to accuse Cisneros of sexually harassing her, which he denied. Things got so nasty that the chairman of the California Democratic Party intervened to broker a truce. Another Democrat, pediatrician Mai Khanh Tran, is being backed by EMILY's List and has listed herself on the ballot as "Doctor/Mother/Teacher." While the Democratic Congressional Campaign Committee has spent hundreds of thousands of dollars battering the two other Republican candidates, Shawn Nelson and Bob Huff, to improve Democrats' odds — how this turns out is anyone's guess. 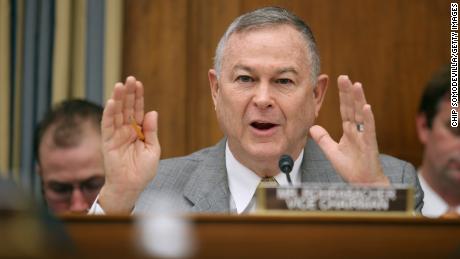 The opportunity to take on 15-term Congressman Dana Rohrabacher in this coastal Orange County district drew out a huge pack of candidates, including Rohrabacher's onetime protégé Scott Baugh, the former Republican leader of the California State Assembly. Democrats have eyed this seat for years — particularly as Rohrabacher's pro-Russia pronouncements and ultra-conservative views seemed increasingly out of step with his more moderate constituents. When Hillary Clinton beat Donald Trump here in 2016 by less than 2 percentage points, the party felt it was time to strike. When it became clear that the large Democratic field might splinter the vote — producing a Rohrabacher-Baugh race — several Democrats withdrew. On the Democratic side, the race evolved into a battle between Harley Rouda, a businessman backed by the Democratic Congressional Campaign Committee, and Hans Keirstead, a neuroscientist who developed innovative treatments for late-stage cancers and spinal cord injuries.Keirstead won the Democratic Party endorsement, but many top Democrats have concluded that Rouda has a better chance of prevailing in November. The Democratic Congressional Campaign Committee and the House Majority PAC have hammered Baugh with negative ads to ensure that Rouda slides into second place. One further source of confusion for voters: Two female candidates, architect Laura Oatman and tech executive Rachel Payne (who had been endorsed by EMILY's List) withdrew, but it was too late to take their names off the ballot. So there will be eight Democrats listed, and the possibility for a major splintering of the vote. 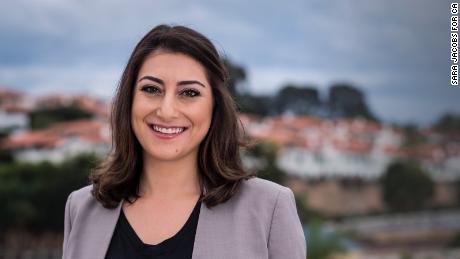 It's fair to say that Congressman Darrell Issa was among the most reviled Republicans among Democratic activists in California because of his aggressive pursuit of the Obama administration while he served as head of the Oversight and Government Reform Committee. After many protests outside his Vista office, progressive activists were delighted when he decided to retire — leaving an open seat in a district that straddles parts of San Diego and Orange counties. It was a crowded field from the beginning, with Democratic candidate Doug Applegate, a retired Marine colonel who nearly beat Issa in 2016; environmental attorney Mike Levin; and Paul Kerr, a wealthy real estate investor. They were joined by Sara Jacobs, the telegenic millennial granddaughter of Qualcomm founder Irwin Jacobs, who has made the case that it's time to take on the patriarchy in Congress. Jacobs, who listed herself as an "education nonprofit CEO" on the ballot, is seen as the Democratic favorite here. She brought her own considerable resources to the race, and in the closing weeks, EMILY's list spent a half-million on ads to support her bid.In addition to the four Democrats, there are eight Republicans on the ballot in the 49th District. Issa endorsed California Board of Equalization member Diane L. Harkey, who Democrats believe is the most vulnerable Republican contender and therefore the one they'd most like to face in November. To that end, the Democratic Congressional Campaign Committee has spent at least $1 million opposing Harkey's most formidable Republican opponent, state Assemblyman Rocky Chávez.

Cereal, soda and soup companies are in turmoil

admin - February 20, 2018
0
A teacher has been fired from a North Carolina school for body slamming a 12-year-old student in an ..

admin - September 25, 2018
0
Amber Guyger, who is white, was off-dutywhen she shot Jean, a black man, after mistakenly entering h..