Not "alleged." Convicted.Even now, the day after Cosby was found guilty in a Pennsylvania court of drugging and sexually assaulting a woman at his home 14 years ago, those are shocking words to write — and read.I was living and working in Cosby's hometown of Philadelphia during the 1980s, the peak years of his power and influence, when he often made appearances at benefits, commemorations and ceremonies benefiting his Temple University alma mater; the same place where Andrea Constand worked and was mentored by Cosby. That the dark side of his behavior was hidden from sight in those years now makes me cringe in sorrow and anger. The jury's verdict culminates a fall from grace whose dimensions are among the most profoundly, emphatically shattering in the American saga. One of the most ecumenically beloved entertainers of the last century will be known for the rest of his life as a sexual predator. And for many of us it may take the rest of our lives to unpack the ramifications. In the immediate aftermath, however, there are some things that are in no way ambivalent or ambiguous: 1. Andrea Constand, the onetime Temple University employee whose charges against Cosby had been twice taken to trial, has been vindicated.2. There are more lawsuits and charges coming in the wake of this verdict from as many as 50 women who have accused Cosby of similar assaults. 3. If he is likewise found guilty, then the man should be further punished to the full extent of the law. Period.And yet, somehow, even that's not enough for ex-fans and others who have already felt betrayed by Cosby's once-seemingly impregnable moral standing, or for those who in more recent years were put off by Cosby's turn-of-the-20th-century image as a cranky scold insisting on greater moral and social accountability from African-American parents and their children. What they seek — and what in large part has already taken place — is a total purge of Cosby's body of work as a comedian, actor, educator and philanthropist from the culture at large. They say it all should just go away: both the groundbreaking "I Spy" adventure series of the 1960s and the hugely successful "The Cosby Show" family sitcom of the 1980s; the childhood reveries once delivered by the now fallen comedian, whose droll timing, sharply observed (and deftly exaggerated) details influenced generations of stand-up comics; the contributions he made to education on television and to educational institutions throughout the country. After the first rush of widespread accusations against Cosby in 2014, there were even those on social media who believed that all those colleges, universities and other institutions receiving millions in donations from the Cosby family should return it all, as if taking away scholarship money for needy students was somehow considered suitable retribution. You don't hear much of this egregious talk now, and I suspect we won't much after Thursday's verdict. But that verdict has only accelerated the process of transforming Bill Cosby into a nonperson. Bounce TV, the Atlanta-based television network catering to African-American viewers that was one of the few places you could still find "Cosby Show" reruns, agreed to pull the show from its schedule. A growing number of the roughly 60 colleges and universities that have awarded honorary degrees to Cosby have rescinded them, including — since the conviction — Temple University, Carnegie Mellon, Notre Dame and Johns Hopkins. Others, like Wesleyan and Yale, are discussing doing the same. But such efforts, however well-intentioned and even justified, won't wipe people's memories, good and bad, of Cosby's work — especially Americans of a certain age, of which there are many. As far back as the 1960s, there were waves of children and teenagers who fashioned whole identities on the example set by Cosby, not just in his public deportment, but in his swaggering, unflappable cool. 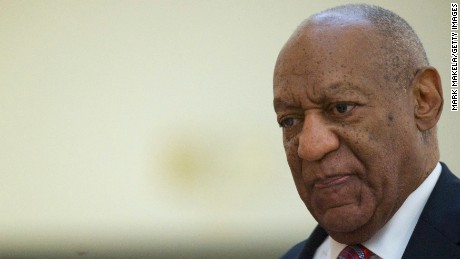 It will be difficult, if not impossible, for example, to completely forget that in his early years of fame, he was determined to avoid doing the kind of overtly racial material expected of black comedians and to stay true to his personal vision of what was funny to everyone, and to do so without running away from his heritage, to instead assert racial identity through the cool-jazz delivery of his monologues and the good works he was doing in support of black institutions. It can also never be forgotten — and won't — that he committed monstrous, willful acts against a number of women through decades of his ascending renown. But then, even before the conviction I hadn't felt the same way about Cosby that I did when I was 13. Or 28. Or even 40. I do know that somewhere along the way, a great artist with good intentions somehow became compromised and then corrupted by his own power and abused that power in ways that were, by turns, arrogant, damaging and indefensible. You can't wish or push away any of these aspects of Bill Cosby. But it will be a long time — a very long time — before we'll know how to live with all of them.

‘Mighty Ducks’ star declares ‘ I AM going to recover’ as he checks into... 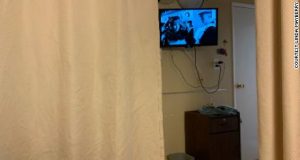 Nursing home resident: ‘I feel as though I am in #DeathCamp2020’

admin - June 8, 2020
0
Her nursing home, she realized, was owned by the same company struggling to curtail a rising death t..