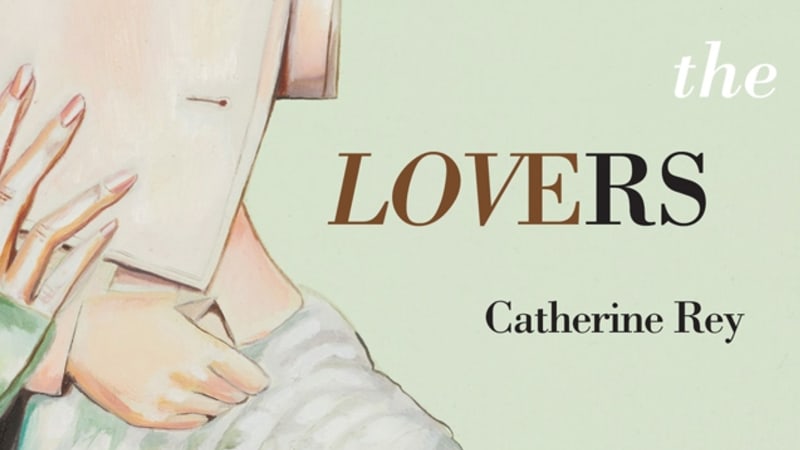 Rey's sophisticated psychological thriller grips us from the start. Lucie, anachronistic in gown and heels, disappears, possibly into the yawning Australian interior. Renfield – "brazen, funny, charming" to some, an indefensible monster to others, notably women – will take days to notify police. Alternative scenarios are offered to investigators, attempting to explain the hostilities. Character studies deepen. The couple's unedifying history, Bruyere's journey to Australia, and her fate, begin to cohere through steady accretions.

But what lends Rey's novel extra momentum and urgency is the serendipity of its publication date. There is something powerfully of the zeitgeist in this story of a woman's eclipse being threatened by a celebrated brute.

The Lovers' stark truths, and denouement, unfold through a suite of first-person accounts, monologues constituted by witness statements to police during their questioning. Each monologue is headed by a name and place of interview – less chapter titles than a form of legal brief, collated into a rough time-line. Unlike most police procedurals, however, Rey's witnesses take charge of the narrative, for we never hear the police speak.

The investigating officers function, here, as ciphers. They, and the reader, must discern, in silence, the credibility, or otherwise, of the witness stories. Nothing is straightforward about the detectives' task; because while prizing the truth from a witness is an art, constructing a watertight and convincing narrative from fragments, people's observations, behaviours, slips, is a parlous responsibility. Just ask any writer.

So, who is truthful, slippery, self-deluding, a liar? Who ticks boxes for all the above? Is Lucie "a harmless little sprite" who's been bullied into despair? What possessed her to leave the sophistication of Europe, only to find herself playing handmaid to an Australian pig? And what, if anything, can explain Renfield's protracted years of unconscionable, and possibly criminal, behaviour?

The Lovers is an impressive feat of complex and nuanced story-telling. It spans continents, generations, multiple viewpoints, it inhabits characters whose sensibilities and endeavours place them fundamentally at odds. It contemplates what art is – for the artist, artists' companions, and "consumers". It ponders how great art can indeed be made by an "appalling piece of humanity". It illuminates the debasements women suffer in bad relationships – even if Lucie Bruyere, herself, is afforded only eight of the novel's 230 pages to air them. Lucie is everywhere spoken about, but is missing in action – a lacuna I noticed only after putting the book down. (Sobering, for a reader who identifies as feminist).

The Lovers also has vital things to say about white Australians' approach to Indigenous history, but it's as a portrait of a catastrophically doomed love affair – in which a man and a woman's differences are like tectonic plates shearing under pressure – that it becomes a tour de force.

This is Rey's first English language novel – her six works to date were composed in French – which makes The Lovers high-wire ambitious. Overlook some hiccups with the vernacular, an exaggerated effect, here and there, and English feels like Rey's adopted home.

Mel B to face trial for defamation after calling former nanny...

NieR:Automata Game Of The YoHRa Edition coming to PS4 and PC...

Eminem is everyone’s favourite music to sweat to as rapper tops...

admin - January 7, 2018
0
Eminem has topped Spotify’s list of the top tracks we all like to get sweaty to (Picture: Getty) Emi..