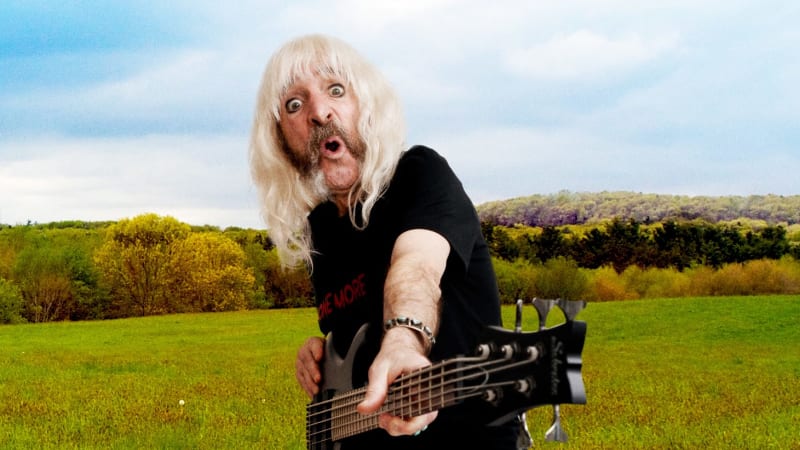 I wouldn't say I was stifled; I would say I was big-footed. When you're around two people of that level of talent, there's not that much oxygen to go around, really.

Back from the Dead, Tap's last album, finally included the appearance of Jazz Oddyssey​ in three parts, but there's no jazz on this record. It's mostly heavy-duty rock'n'roll.

This album is a series of meditations on ageing. Let's start with the song Memo to Willie. Do you have any trouble getting it up these days?

Gummin' The Gash appears to suggest that age comes with certain, um, advantages when it comes to sex.

Yes, it does look on the bright side. To me it's a message of hope – a ray of sunlight in the gathering clouds – that as time goes on, one might feel limited in some ways, and yet one is still capable of bringing great joy to others. I think it's a very uplifting, very spiritual song.

With regards to Gimme Some (More) Money, are times tough for you in the streaming age?

I think they're tough for everyone in music really, with the exception of the top 1.1.001.1 per cent of artists in the business. Let's drop the pretence and acknowledge that we're in a transaction here – I'm your little organ-grinding monkey, and I need peanuts too.

How did you feel about This Is Spinal Tap? Do you feel it was an accurate portrayal of the band?

Are you still in touch with the director, Marti DiBergi?

Oh no. I think he rode that little wave and then got swallowed up by it. I mean, what would you say to someone who basically makes your art a laughing stock? We were on our way to something very special when that film hit the fan. It was something to have to overcome.

The song Faith No More suggests there's no love lost between you and your former manager, Ian Faith. You don't miss having someone in the organisation carrying a cricket bat in case of emergencies?

Well, if he'd used it on himself I think that would have been a great service to humanity.

You're 75 now. Do you have any artificial plates or limbs?

I have no artificial anything in me, or on me, or under me, or over me. And that particular [incident] that you're referring to – I didn't want possible stage fright to interfere with my projection of puissance, as the French like to say. That was just an insurance policy, you know.

The band made a pilgrimage to Stonehenge for the first time in 2009. Did the hugeness of the object help put things in perspective?

Too much f—–g perspective, mate. We stood right up against the stones and that's when the size of the object really becomes paramount, because you look up and it's nothing but stone for … a while.

Are David and Jeanine Pettibone still together?

I think they are. She's got a ring in him somewhere, and just keeps tugging.

You once described rock'n'roll as like visiting a national park. Do you still feel like a preserved moose on stage, as you once said?

I now feel, with the advantage of age, and distance, and more age, that I got it wrong. Rock'n'roll is now more like a lovely old stately home in the English countryside, and I'm now one of its caretakers, though I'm allowed to sleep upstairs and drink the wine.

Smalls Change is out now.

admin - February 28, 2018
0
Emma Thompson and Alan Rickman played husband and wife It’s a scene we remember all too well as it b..

Lady Gaga’s message at this moment: ‘Be kind’