The actress recently reunited with her co-stars from that 2002 comedy, Selma Blair and Christina Applegate, for an interview with Entertainment Weekly to reminisce about the film.The topic of the trio having not reunited was brought up.Applegate noted that she sees Blair (their children are friends), and Blair in turn asked Diaz about a possible reunion. "Maybe I should, you know, I mean, I'm down," Diaz said. "I'm literally doing nothing."Applegate said she is "semi-retired" and hasn't worked for years as she's been focused on being a mom."That's so awesome. I'm totally down," Diaz said. "I'm semi-retired, too, and I am actually retired, so I would love to see you ladies."Diaz last appeared in the 2014 remake of "Annie," and her status in the industry was buzzed about in early March after Blair's interview with Metro News UK.In it the "Cruel Intentions" star talked about having a recent lunch with Diaz."We were reminiscing about the film," Blair said. "I would have liked to do a sequel but Cameron's retired from acting. She's like 'I'm done.' "Blair later sought to clarify her comments on Twitter after they went viral."Guys please, I was making a joke in an interview. CAMERON DIAZ is NOT retiring from ANYTHING," Blair tweeted. "And for more breaking news: I am NOW retiring from being Cameron Diaz's spokesperson."Diaz married rocker Benji Madden in 2015. 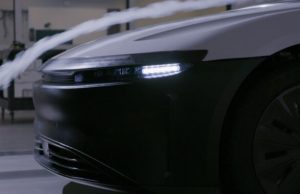 Hows this for aerodynamic? The Lucid Airs drag coefficient is only...

Comic Relief is hoarding £117million of cash reserves despite pleading for...

admin - March 24, 2019
0
Its been alleged that Comic Relief is hoarding a significant pot of cash despite pleading for donati..