Mark Anthony Conditt, 23, planted a series of explosive devices in the state capital, killing two people and terrorizing the city for 19 days this month. On Wednesday, he ended his deadly spree after he detonated one of his homemade devices inside his SUV. Since then, more details have emerged about the bomber, the type of bombs he used and how he was finally cornered.

A security camera at a FedEx store south of Austin caught Conditt's red SUV on video, McCaul said.The bomber went to the store on Sunday and made the mistake of parking within view of a surveillance camera that captured the vehicle's license plates, the congressman said.Surveillance photos from the mail delivery office in Sunset Valley showed Conditt wearing a baseball cap, blond wig and pink gloves as he brought two packages to the store. Investigators used cellphone technology to track down Conditt on Wednesday and to confirm that he had been to all of the bombing locations, McCaul said.Conditt had a list of addresses, McCaul confirmed, but it's unclear whether they were potential targets. Law enforcement has cleared those sites, he said.

Austin Mayor Steve Adler said the city's "collective fear and anxiety" was growing as the bomber carried the string of bombings."There was feeling that there was not much that we could do. There was a collective helplessness," Adler said Thursday at a City Council meeting. 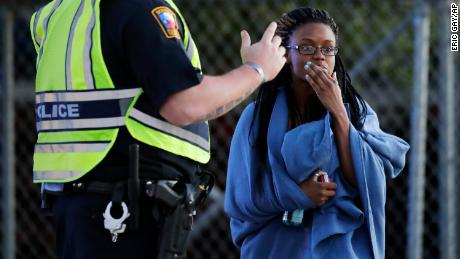 "Our community was beginning to fray," he added.Austin police is asking the public to "remain vigilant and report anything suspicious." Some have been breathing a sigh of relief since Conditt's death; others are still shaken up. Narcisa Velasco had rushed to help a friend, a 75-year-old woman who was severely injured on March 12 after picking up a package in front of a southeast Austin home. The sight of her blood and wounds, and the chaotic scene of nails, batteries and other debris from the bomb is haunting Velasco and her family members, some of whom also witnessed the aftermath of the explosion."We are sleeping with all the lights on," she said.

The lives of Anthony Stephan House and Draylen Mason were cut short when explosive packages arrived on their doorsteps in Austin, Texas.The first blast on March 2 killed House, a 39-year-old father who worked as a project manager for Texas Quarries.On March 12, Mason was killed when he brought a package indoors to open it and it exploded, police said. The 17-year-old high school student played bass in a youth orchestra, and was taking college classes. 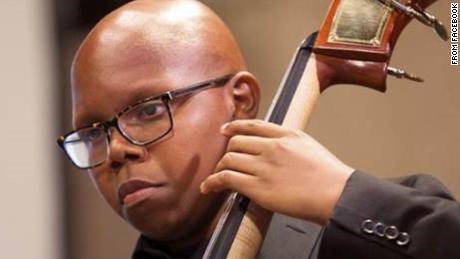 Both men were African-American. Among the injured were an African-American woman and one Hispanic woman.Prior to Conditt's death, authorities believed the bombings could be racially motivated. But police said Wednesday that Conditt did not mention anything in his video confession about terror or hate."I know everybody is interested in a motive and understanding why. And we're never going to be able to put a (rationale) behind these acts." 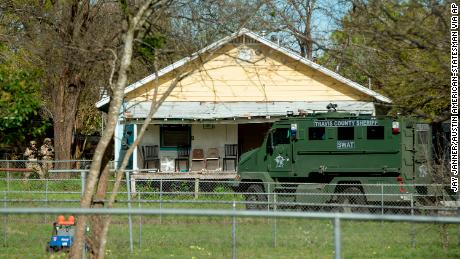 In a statement, Mason's family thanked law enforcement saying they felt that Mason has "received justice.""The most recent chain of events have brought some sense of closure that our beloved has received justice, and we are prayerful that we can now start to move forward with our lives," the statement obtained by CNN affiliate KEYE states.

Federal agents searched Conditt's home in Pflugerville for almost two days, cautiously removing explosive materials and looking for clues that could point to a reason for the bombings.Investigators found components for making similar bombs to the ones that exploded in the past few weeks, but no finished bombs were spotted, according to the Bureau of Alcohol, Tobacco, Firearms and Explosives. 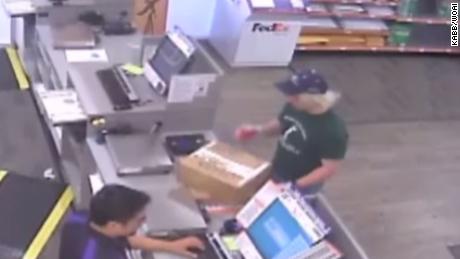 The devices that exploded in Austin and near San Antonio were pipe bombs with batteries and smokeless powder and were constructed with materials found in a hardware or sporting goods store, a law enforcement source with knowledge of the investigation told CNN.The bombs had distinctive shrapnel inside. Some had "mousetrap" switches and others had "clothespin" switches, the source said.Two of Conditt's roommates were detained and questioned by police. One of them was released hours after Conditt's death, but the other was free to go until Thursday afternoon, police said.They were not arrested, and neither roommate was publicly identified.

Study: It only takes a few seconds for bots to spread misinformation

admin - March 27, 2019
0
Google says an overhaul of the EU's copyright laws will backfire to "hurt" the very people they..

Sea of Solitude is the most frank, honest portrayal of depression...