The storm ditched two to three feet of rain, flooding houses and hospitals, while raging winds tore roofs off houses and electrical transmission towers from the ground, plunging the island into darkness. Climate change may have played a role in the disaster — warmer ocean temperatures generally feed stronger storms. But even before the hurricane, exceptionally hot days, air pollution and sea-level rise — all symptoms of a changing climate — had already been taking their toll on the islanders' health and financial stability. The catastrophe in Puerto Rico may therefore be a worrying harbinger of a future for other countries and regions facing the effects of climate change. How the island's recovery unfolds, and whether Puerto Ricans are able to rebuild so they might withstand future extreme events, could hold valuable lessons for the world as a whole. Pablo Méndez Lázaro is a professor of environmental health at the Graduate School of Public Health in San Juan, the capital of Puerto Rico. In 2014, he wrote about the impact of natural hazards on public health systems in tropical areas, warning that government agencies and hospitals needed to prepare for both the gradual impacts of climate change and extreme events such as hurricanes or hot spells, which may become more frequent and intense in a warming climate: "If these systems deteriorate, the population's welfare and health may be jeopardized."His prescience reflects a growing awareness in the scientific and medical community that climate change can have an impact on public health – and it's already happening. 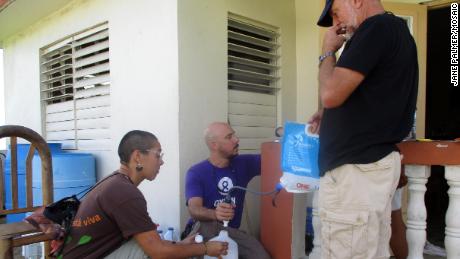 In 2017, the Lancet Countdown, an international research collaboration that tracks progress on health and climate change, released a report documenting a 46% increase in extreme weather events between 2000 and 2016, such as the 2003 heatwave that led to over 70,000 more deaths than expected across Western Europe. The report proposed that the rising temperatures associated with climate change have influenced the spread of infectious diseases. The greenhouse gases that cause climate change also pollute the air, contributing to increasing rates of stroke, heart disease, lung cancer, and chronic and acute respiratory diseases. Aside from these most obvious impacts, climate change has indirect influences on human health: droughts and floods impact food security, and rising sea levels and storm surges claim people's homes. If the medical community wants a poster child for the impacts of climate change on health, they need look no further than Puerto Rico.

Revealed 'how we are living'

Over the 20th century, average annual air temperatures in the Caribbean islands have gone up by more than half a degree Celsius (more than 1°F), and San Juan experiences an increasing number of extreme heat days each year. These hot spells can cause heat exhaustion or heatstroke in even the healthiest individuals, but in vulnerable people they can exacerbate cardiovascular disease, diabetes-related conditions and respiratory diseases such as asthma. 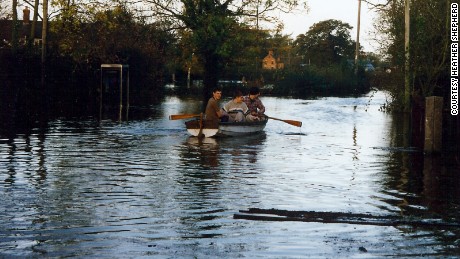 As the island is relatively flat near the ocean, rising sea levels could lead to a retreat of the coastline of up to one meter a year. Houses, roads and fields will flood; seawater will inundate the freshwater supply. Severe storms and hurricanes have caused nearly 80 floods on the island in the last 25 years. With flooding comes an increased risk of infections carried by insects as well as contaminated food and water.At the beginning of 2017, Puerto Ricans were already the USA's poorest citizens, with a child poverty rate of 58 per cent. The island carried about $74 billion of crushing debt and a tenth of the population had relocated to the mainland since 2007; in 2016, doctors were leaving at a rate of nearly two every day. 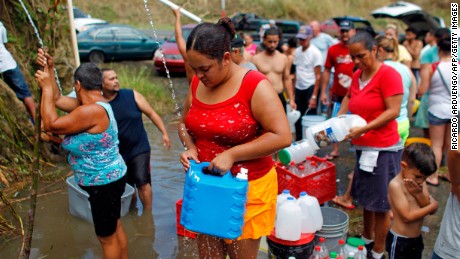 By the summer of 2017, Puerto Ricans were in no position to maintain their aging power company, and it declared bankruptcy in July. Power outages were already common. "Maria didn't cause everything. Maria just revealed to the world how we are living," Méndez Lázaro says. "For us in academia, it was not surprising to see that we have a lot of people suffering and we have misery, we have poverty, disabilities and chronic disease."

The volunteering day starts early and, in the dim dawn light, Méndez Lázaro picks me up from Plaza Colón in Old San Juan in his blue Dodge pickup, the back already laden with water bottles and filters. It takes time to drive out of San Juan — many of the traffic lights still don't work in this city of nearly 350,000 people and almost as many cars — but when we meet up with the other volunteers the morning light is still grey. 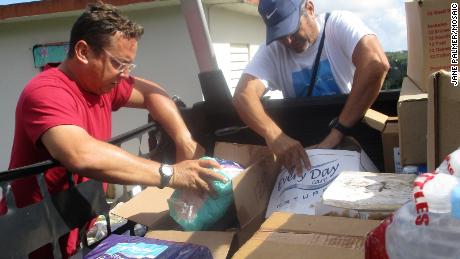 Beyond the city outskirts, signs of the hurricane become more pronounced: trees ripped from their roots, toppled electricity poles, heaps of wires, cables and debris lying by roads or on sidewalks. 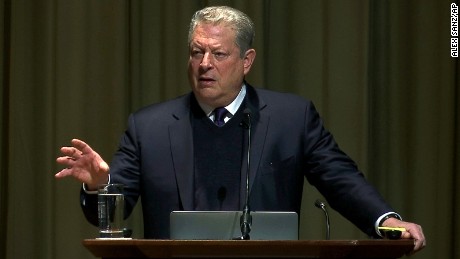 The volunteers chat and introduce themselves while waiting for more to arrive. Medical student Mónica Abuela says while her role is to check people's vitals — pulse, blood pressure, the rhythm of their hearts — sometimes it is important just to listen. "It has been so hard on everybody just changing their routine completely," she explains. "And to talk is a basic human need." These volunteers have been working on relief efforts for the last three months. Today, the group is in Montones, where they'll distribute bottled water, food, insect repellent, and baby formula and diapers as needed. Nearly 100 days after the hurricane, half the island is still without power and, more importantly, access to clean water. "We need water more than we need electricity," says Minerva Gómez, a slight and vivacious householder who is looking after three generations under one roof.While felled electricity poles still line the side of the road, the neighborhood is resplendent in the bright green of new growth. Méndez Lázaro excitedly points out a mango tree starting to bear fruit. That morning he stopped his truck to buy two giant avocados from a street seller, even though they looked unlikely to ripen for months. "The electrical system collapsed, the water system collapsed. The only system that didn't collapse at all is the ecosystem, and you can see that right now," he says. "So we have evidence that the ecosystem is one of the ideas that we need to follow." 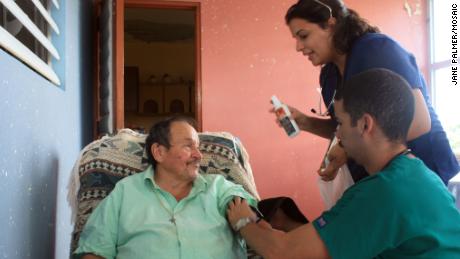 In the weeks that followed the hurricane, Méndez Lázaro was among those gathering donations of water filters from international and grassroots non-profits and going house to house. Getting information to people – especially in the mountains – proved challenging. "They are totally disconnected from reality. They have no televisions, they don't have electric power to turn on the radio, they don't have internet, and they don't have access to Facebook," Méndez Lázaro says. The government's strategies relied on communications and it simply wasn't prepared for the scale of disaster it was facing, so the recovery efforts depended entirely on such grassroots efforts. "In the beginning it was all done by the communities," says Méndez Lázaro. "When you ask the community leaders who were the first responders after the hurricane everyone will tell you the same thing." Another of those first responders, the physician Alfredo Ayala, founded the Rogue United Corp., fueled by online donations, to continue his work. "Our mission is that we go where nobody goes," he says. "Because even though there has been a hundred days after Maria, if you go to a mountain area and you make a left, then you make a right and then another left, you're going to find people that do not have a roof, they don't have their medicines, they've lost everything."

The Camp of the Forgotten Ones

In Utuado, a district in the central region of the island known as La Cordillera Central, the hurricane's rains turned the river into a vicious torrent that wiped out the bridge connecting the town to the rest of the municipality. The cut-off neighborhoods went 15 days without food or water supplies and they named themselves El Campamento de los Olvidados, the Camp of the Forgotten Ones. 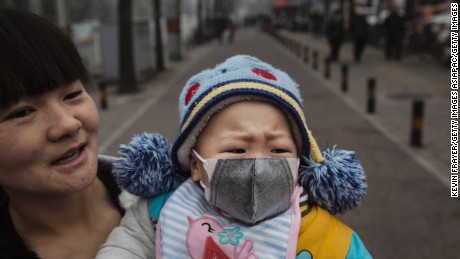 Damage in these rural suburbs was especially severe: wind flattened houses, landslides blocked roads and many residents were isolated from the outside world for weeks. The town itself, although savaged, fared better than its 'forgotten' suburbs. "Climate change is a global phenomenon that impacts individuals locally — very, very locally, on a street-by-street basis in different ways," says the Lancet Countdown's Nick Watts. "So when it comes to how we adapt to climate change, that depends entirely on what you and your community need." Méndez Lázaro says Puerto Rico needs to be recreated in such a way that it is resilient to stronger and more intense storms and also the slow creep of climate change: "How we address sustainability is by building for the future, not rebuilding what we had before." 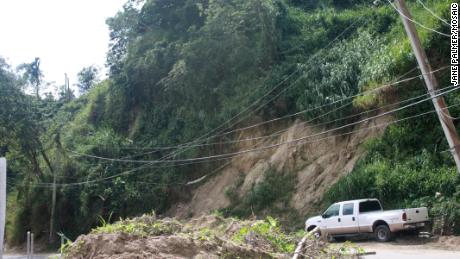 One way would be to decentralize. Replace the electricity grid with local renewable sources such as wind and solar. Design hospitals to be more resilient to flooding and with their own utilities. Méndez Lázaro is talking with non-profits and health organizations to bring decentralized primary health services to Puerto Rico, especially to rural areas like Utuado. His idea is to have community health workers that would know each neighborhood, its vulnerabilities and strengths, and promote health through sharing knowledge and building required skills. "We need to learn to do things on a mini scale with the knowledge of the community," Méndez Lázaro says. "You need to have qualified people in the community who know how to do treatment of the water, or to maintain the quality of the water, and how to distribute the water the more efficient way," he adds. "Let's give them the education and the capacity to do this – that's the way to build adaptive capacity."

'The biggest threat to human health'

"Climate change probably represents the biggest threat to human health over the next 10 or 20 years," says Ashish Jha, Director of the Harvard Global Health Institute. Although national efforts will be key to coordinating our responses, Jha predicts more community-based approaches to public health will emerge. "Ultimately, you're going to need to see local municipalities and cities and towns really take ownership of health," he says.There are many similarities between the situation in Puerto Rico and other regions of the USA, still the richest nation in the world and, in theory, the most able to cope. Less affluent countries also face sea-level rise, air pollution and extreme weather events while grappling with aging infrastructures and diminishing access to clean drinking water. "I know that this is not a uniquely American problem and that we're going to see other countries' health systems struggle when you have extreme weather events," Jha says. "We're going to see a lot more of this. We just have to get prepared."The aftermath of Hurricane Maria shows how the impacts of our developing environment are quickly moving from abstract scenarios to grim reality. It is a call to action for every country, every community, to start preparing for the metaphoric storms that are already on their way. But the actions of Puerto Ricans send a message of inspiration to others struggling to survive in a changing world. The people of this small island have come together heroically to help their communities survive and recover. "We created such a team effort that now we know that we are safe whatever comes," says Ayala. "As human beings, as brothers and sisters, we can do so much." He draws my attention to the new growth of trees and plants. Foliage is back in force, enveloping the island in luminescent green. "It is so beautiful," he says. "And it makes me think that everything is going to be all right."

This is an edited version of an article first published on Mosaic by Wellcome. It is republished here under a Creative Commons licence.

Parents held after baby is shot by toddler brother

NASA brings a Hubble gyro back to life after a seven-year...

US threatens $11bn tariffs on EU wine and cheese