China appears to be approaching the completion of its highly controversial project to develop, and as its critics would charge militarize, several contested islands in the South China Sea.

On February 5th, a Filipino newspaper, The Philippine Daily Inquirer, released pictures provided by an anonymous source of the islands and reefs purportedly taken between June and December, 2017. If authentic, they offer the most detailed view of the construction to date.

The pictures allegedly show construction activity across several reefs such as Fiery Cross, Subi, Mischief, McKennan, Johnson South, Gaven and Cuarteron all of which have been at the center to the territorial dispute between China and the Philippines.

Relations between these neighbors have been especially fraught since 2013 when the Philippines brought an arbitration case to the Hague against China as envisioned by Annex VII of the United Nations Convention on the Law of the Sea (UNCLOS).

The Philippines asserted that as a signatory of UNCLOS, it had the right to establish “territorial sea up to a limit not exceeding 12 nautical miles,” that it was guaranteed that the exclusive economic zone (EEZ) “shall not extend beyond 200 nautical miles,” and that these rights had been violated by China’s aggressive land reclamation projects in the region. 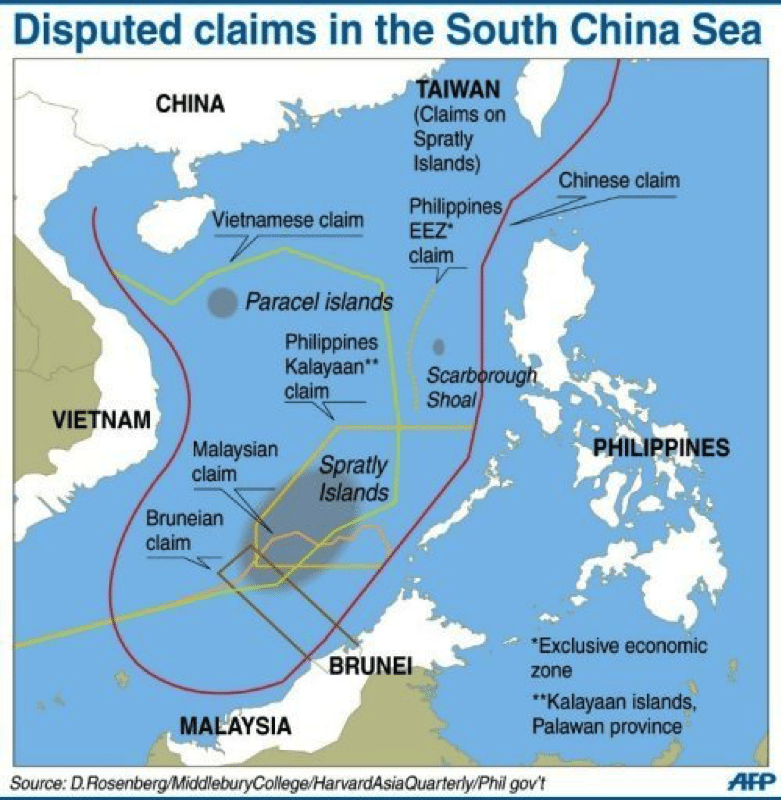 In July 2016, the five independent judges presiding over the arbitral tribunal sided with the Philippines and, from an international legal perspective, invalidated China’s “Nine-Dash Line” map and the “historic rights” on which China supported its territorial claims. 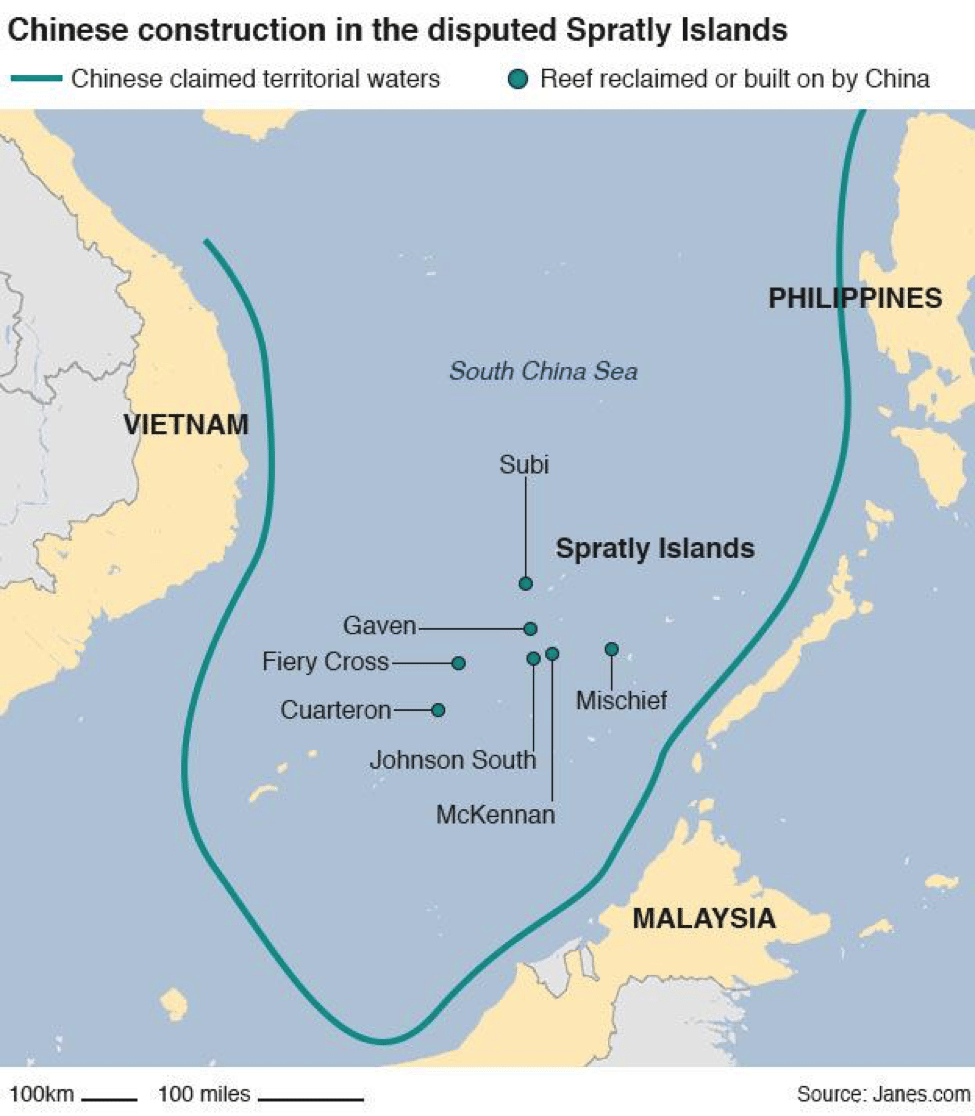 The Philippines may have walked away with a legal victory, however it had little effect in the archipelagos, as the Chinese rejected both the unfavorable ruling and the arbitral tribunal’s authority to even weigh in on the matter. While the decision to address the territorial dispute through legal mechanisms drew the most international attention, the Philippines is not the only country involved in ongoing disputes with China as Brunei, Malaysia, Taiwan and Vietnam also have overlapping claims in the regional waters.

In response to the new evidence, Lima Charlie News has also analyzed the images and compared them to prior images, providing the following.

While the pictures, if legitimate, provide shocking detail as to the extent of Chinese construction on the reefs, they also put officials in both Beijing and Manila in a difficult position.

President Rodrigo Duterte has taken a more conciliatory tone than his predecessors with China’s leadership and even indicated he was supportive of a geopolitical realignment; elevating the Philippines’ relationship with China and Russia at the expense of its relationship with Washington.

A spokesman for President Duterte, Harry Roque hit a pessimistic note in a press briefing, “If the Aquino administration [the previous administration] was not able to do anything about these artificial islands, what (do) they want us to do? We cannot declare war. Not only is it illegal, but it is also… because it’s impossible for us to declare war at this point.”

Yet, not all Filipinos were quite as resigned. Senator Paolo Benigno Aquino, an opposition leader in the Senate and the former president’s cousin expressed alarm over President Duterte’s handling of the situation. In response to the report, the senator said it was “disturbing knowing China’s military bases in the South China Sea are nearly completed.”

Nor is he alone, as of September 2017, Pew polling data indicated that a majority of Filipinos still held a more favorable view of the U.S. over China calling President Duterte’s strategic vision into question.

While their war ships are in our seas, we continue to give in to their whims and, all the while, we are kept in the dark as to our government’s dealings with China.

As for Beijing, it has signaled that it would like to keep the seas as calm as possible.

In January, China’s State Council’s issued its most recent white paper outlining China’s policies on Asia-Pacific security which assessed the overall situation in the region as stable. While the report indicated that any “provocative actions which infringe on China’s territorial sovereignty and maritime rights and interests” would invite an unspecified response, it emphasized China’s goal was on maintaining regional stability.

Even though the leadership in both Beijing and Manila would like to downplay the significance of these photos, they may still cause waves in the South China Sea. 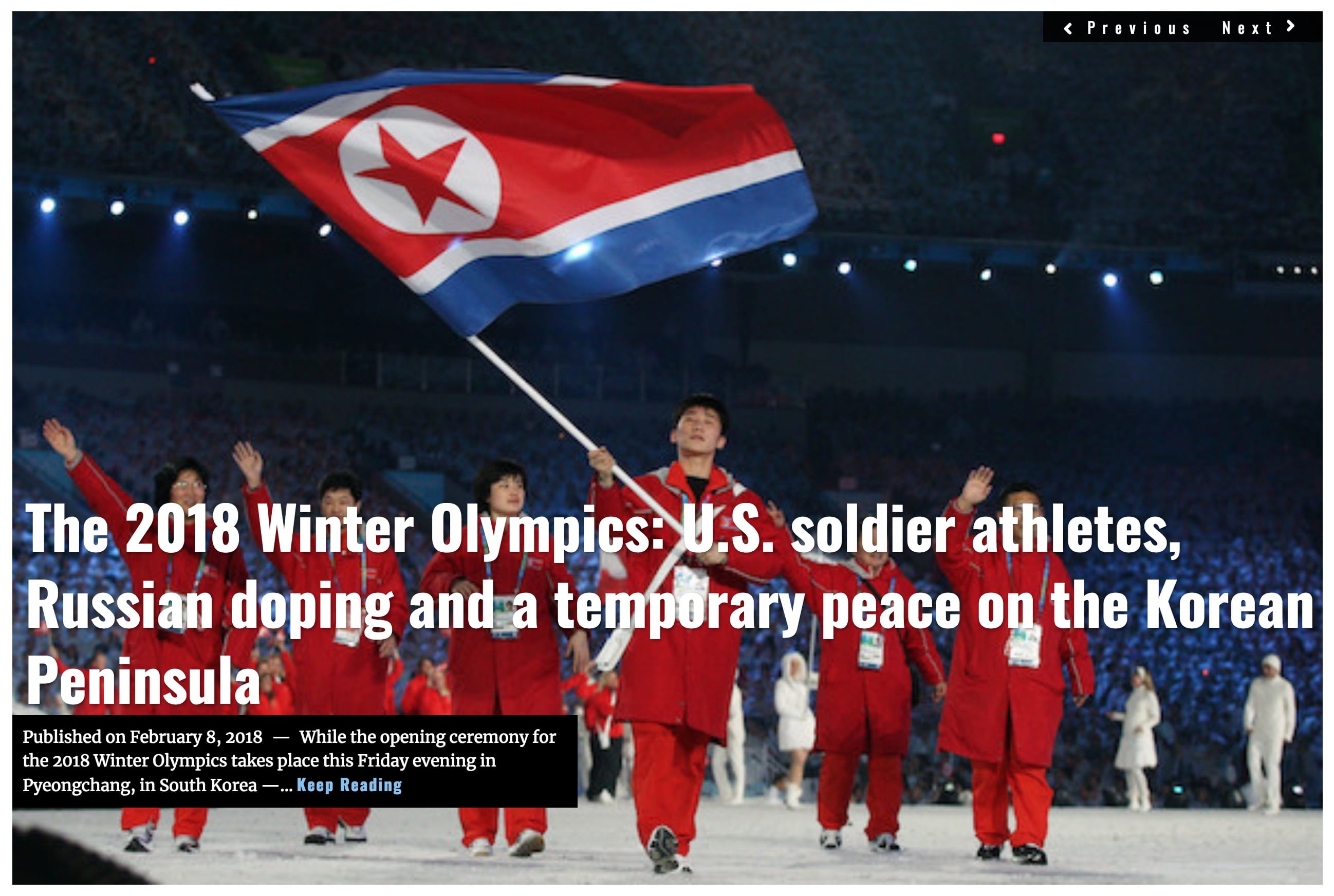 Cats, beetles, other mummified animals found—along with a sealed door

How YACHT fed their old music to the machine and got a killer new...

The Chicago hospital gunman was fired from training academy after ‘bullying’...

Eclectic home a labour of love

Ozzy Osbourne jokes he cant wipe his own ass as he...

Zachary Quinto feeds off the souls of children in first trailer...