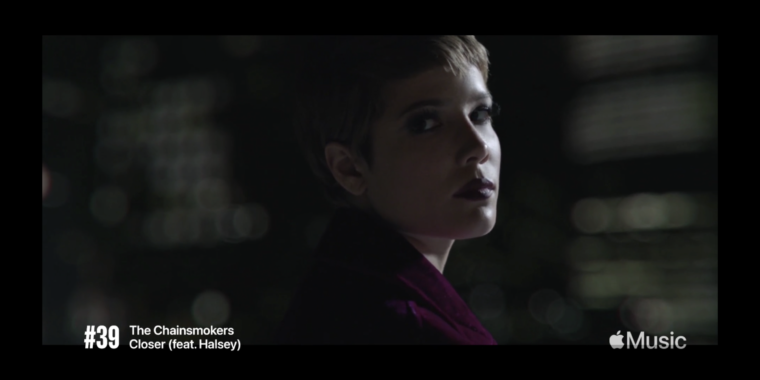 Today, Apple launched a 24-hour streaming video channel called Apple Music TV that will harken back to the early days of MTV by playing mostly music videos—but in this case, it's ad-free.

Viewers will be able to watch the channel in either the TV app (on an Apple device like a Mac, iPhone, or Apple TV) or the Music app (it's found in the Browse tab). Additionally, you can find it at apple.co/AppleMusicTV.

There is no live chat, there aren't any interactive features, and there's no integration at all with the Apple Music app (like the ability to favorite songs), so users may find the service is barebones compared to some other music-focused streaming offerings.

However, those who just want the return of the early MTV formula of marathoning music videos 24 hours a day with few additional frills will find a lot to like here.

It currently seems like the channel will stream human-curated music videos the vast majority of the time. The opening act for the channel is a marathon of the top 100 music videos streamed on Apple Music. OthRead More – Source

Supporters of Bolivia’s Morales take to streets with coffins of dead...

Pensioner wins $1m a day after his wife beats cancer

Fears for climate as US relax rules on oil reserves

Want to regulate Big Tech? Sorry, Europe beat you to it

admin - April 15, 2019
0
Digital Politics is a column about the global intersection of technology and the world of politics. ..